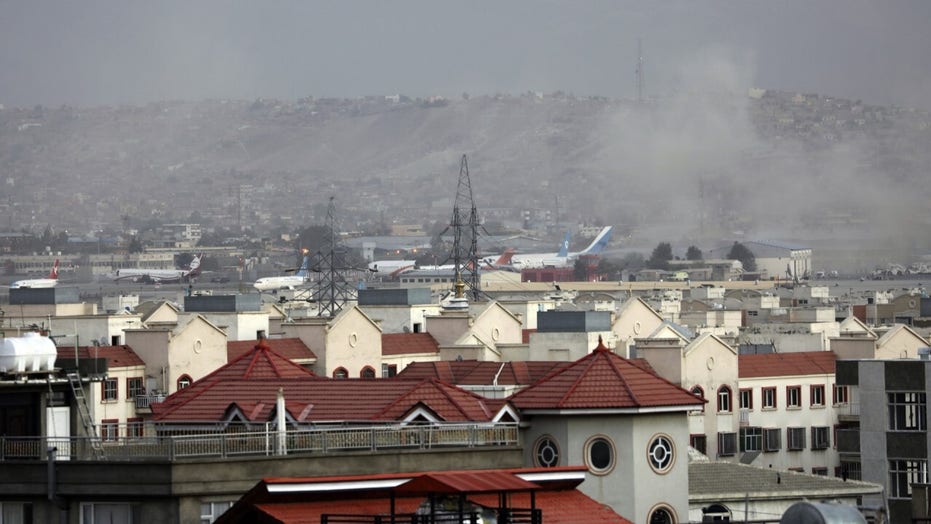 Pentagon correspondent Lucas Tomlinson reports on the latest news regarding the terror attack in and around the Kabul airport in Afghanistan.

While the attacks near the airport resulted in multiple casualties and forced most media members to brace for the worst, Nance didn’t seem to think the terror attack was a big deal at the time. He ultimately deleted it.

MSNBC intelligence analyst Malcolm Nance downplayed a suicide bombing outside of Kabul, telling his nearly one million Twitter followers to "deal with it."

"20 YEARS- FYI there have been terrorist suicide bombers killing civilians nearly DAILY in Afghanistan. This ain’t new. It’s why we are leaving," Nance tweeted before adding the controversial hashtag "#DealWithIt."

ISIS-K: WHAT TO KNOW ABOUT TALIBAN RIVAL SEEN AS THREAT TO AFGHANISTAN EVACUATION

Nance, who served in the U.S. Navy, was swiftly roasted for saying people should "deal with" the loss of lives.

"Imagine not just thinking this, but feeling so beyond shame and perspective that you tweet it publicly," Fourth Watch editor Steve Krakauer responded.

"Malcolm, this is a sh-t take," journalist Siraj Hashmi wrote.

"Can't think of anything witty to say here but maybe if your tweet about a suicide bombing includes ‘hashtag dealwithit’ it's not a good tweet," journalist Jack Crosbie responded.

Nance deleted his tweet hours later when it was confirmed that 12 American service members were killed in the attack.

"HERE IS WHY I’m going to delete this tweet. Today we lost 12 brave Americans & many Afghans. I deeply regret how callous it now sounds. I would never intentionally disrespect my brothers & sisters in arms. I also sincerely apologize to their families, and I pray for them," he wrote.

"As proud combat veteran whose family has served the U.S. military for 150 years, I spent almost all of my adult hood in defense of our country & its freedoms & guarded it w/my own life. Yes, I posted before there were any serious casualties reported. I should’ve waited," Nance added. "Over 70,000 Afghan civilians, 40,000 Afghan soldiers, and 2,743 Americans have died in this conflict. I am heartsick about the lives we have already lost and those we lost today."

Plenty of others blasted Nance for his initial thoughts on the terror attack:

Nance is no stranger to controversy.

Nance, who has a long history of promoting conspiracy theories and blatant falsehoods, was one of the chief proponents of Russia-related conspiracies on MSNBC during the Trump administration. He is a frequent guest of such hyperpartisan hosts as Joy Reid and Lawrence O'Donnell and has long claimed former President Trump was an "asset" of the Russian government.

He once suggested on air that Trump was compromised by Russia as early as 1977, and also claimed Russia had successfully waged a disinformation campaign to the point the U.S. would "welcome an invasion."

In 2017, Nance infamously tweeted that the Islamic State terror group should carry out a suicide attack on Trump Tower in Istanbul. He deleted the tweet but did not apologize, according to The Federalist. He also said any veterans who supported Trump lacked honor due to Trump's scathing remarks about the late Sen. John McCain.

He also suggested MSNBC colleague Reid’s infamous Florida blog filled with homophobic posts and other offensive writings was the result of hackers months after the bizarre claim had been debunked.

This article was updated to show Nance deleted his initial tweet and apologized.