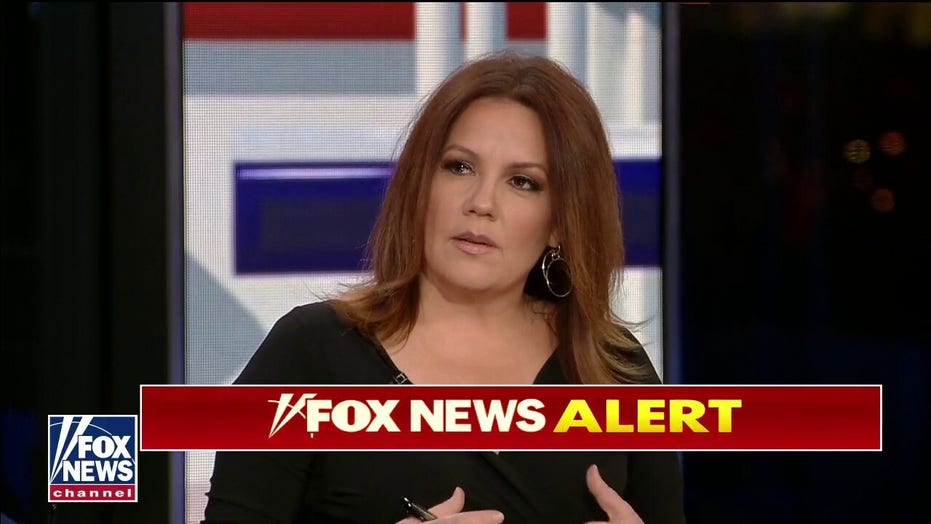 Mollie Hemingway: Democratic establishment rallying around Biden may be mixed blessing for party

Sen. Bernie Sanders, I-Vt., has fired back at the mainstream media over what he calls is their "willful distortion" of his criticisms of "the establishment."

CNN and MSNBC have been slamming the 2020 candidate in recent days for his repeated attacks on what he describes as the "corporate establishment" that he says is backing former Vice President Joe Biden's campaign. Some are even suggesting that Sanders' attacks on the "establishment" is also an attack on African-American voters, who overwhelmingly supported Biden in the South Carolina primary as well as the Super Tuesday contests this week.

Sanders quickly rejected the media's criticisms in a statement obtained by Fox News.

Multiple MSNBC personalities went after the progressive front-runner, rejecting that the "establishment" exists.

"Bernie Sanders ... he has turned this idea of the establishment -- he's weaponized it against Biden," MSNBC anchor Nicolle Wallace said during the network's Super Tuesday coverage. "The Democratic establishment did nothing for Joe Biden and they would have left him as roadkill if he bombed on Saturday night.

"African-American voters every age, male and female of South Carolina and Jim Clyburn are the reason Joe Biden is hoping and sources I've talked to said they're feeling really, really good and that they're cautiously optimistic. One reason that they're feeling really, really good -- it has nothing to do with the Democratic establishment. It's African American voters in South Carolina."

Colleague Rachel Maddow said: "But every headline in all political coverage all around the country is like, 'The establishment is coalescing the establishment'."'

"But it's a lie. I mean, it's a lie," Wallace said. "Listen, and I say this as a dispassionate former Republican who watched my party sort of implode around fake truths and false grievances, the establishment had nothing to do with Joe Biden's victory. He's flat broke, he has not a single ad on the air. He's not advertising in any Super Tuesday states!"

On Thursday, "Morning Joe" co-host Joe Scarbrough accused Sanders, who he noted is a "millionaire" who owned three homes, of "attacking a black voter in Orangeburg South Carolina" as being part of the "establishment." 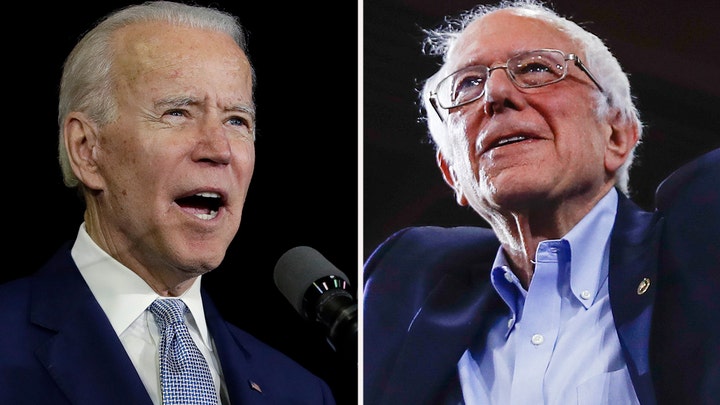 CNN anchors similarly pressed Sanders surrogates on what they saw as an apparent attack on black voters.

"OutFront" anchor Erin Burnett brought up the "establishment" attacks during her interview with Sanders communications advisor David Sirota and quoted Biden campaign co-chair Rep. Cedric Richmond, who said, "I just did not know that African-Americans in the South were considered part of the establishment."

"What do you say to that?" Burnett asked. "Joe Biden did overwhelmingly strongly with that particular group. Do you consider African-Americans in the South part of the establishment?"

Sirota responded by clarifying that the establishment were the "billionaires who are bankrolling" Biden's campaign.

"What I'm saying is that money has power in elections," Sirota said.

A similar exchange took place between "Cuomo Prime Time" anchor Chris Cuomo and Rep. Alexandria Ocasio-Cortez, D-N.Y., who has been campaigning on behalf of Sanders.

"The use of the word 'establishment' ... I think the case can be made that you lost to Democrats last night, not the establishment. There were too many demographics that came into play on Biden's side. You can't dismiss them all as part of the problem," Cuomo told Ocasio-Cortez. "So you are injecting a progressivism into a party that is mostly center-left. ... You do have to be careful about 'establishment' because you make people feel like African Americans- all of a sudden they're part of the problem."

"Well I do think that there is a disingenuous conflating of what we mean," the congresswoman responded. "If you did not vote for Senator Sanders last night, that does not mean you're part of the establishment and I think every American knows that Washington -- there's a very strong grip of special interests in Washington. Bernie Sanders has a unique integrity. He is not bought and he has zero corporate lobbyist money funding his campaign."

"As if the mainstream corporate media’s cheerleading for and consolidation around Joe Biden wasn’t egregious enough, now many outlets are attempting to gaslight viewers into thinking Bernie Sanders is categorizing African-American and older voters who voted for Joe Biden as part of the establishment," the progressive reporter told Fox News. "Of course, he was talking about party leaders orchestrating the 48-hour drop out carouse — not voters — but the media latches onto anything to paint Sanders as divisive. This is the type of spin and deception usually reserved for political campaigns -- not journalism.”

Chariton, an open Sanders supporter, went on to accuse the establishment of "attempting to deceive voters" into thinking Sanders is "minimizing the votes of African-American voters."

Progressive journalist Walker Bragman had a similar reaction to the interview between CNN's Burnett and Sander campaign's Sirota.

"This interview is absolutely wild. Suddenly, the idea that political advertising affects voter perception is subtle racism. Journalism is in crisis in this country," Bragman tweeted.

"This idea that there isn’t an 'establishment' is such blatant dishonesty," Bragman later explained to Fox News. "Even setting aside the years of media framing, look what is happening in the race. Party insiders have been pushing endorsements for Joe Biden—a candidate who can barely keep his thoughts together—simply to stop the new left from overthrowing the old leadership and thus jeopardizing the sweetheart deals lobbyists and consultants are able to exact from the Democratic Party."

NewsBusters managing editor Curtis Houck told Fox News how it's "common" for conservatives to attack the establishment in Washington D.C. but that since Sanders has "turned up the heat" in his messaging, the "Swamp can't stand that."

"The tsunami of endorsements and candidates dropping out to support Biden make that picture clear. Voters clearly made a choice in state after state to support Biden on Tuesday, but that said, it shouldn't make the Sanders campaign's arguments about the "establishment" screwing them over null and void. Like many things in politics (and life), multiple things can be true at once," Houck said.