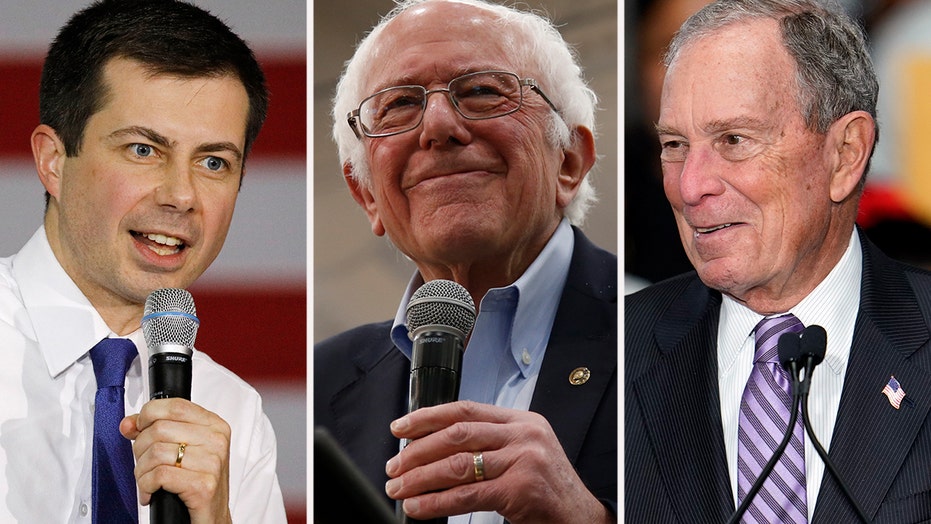 MSNBC has repeatedly aired critiques of Sen. Bernie Sanders, I-Vt., in this election cycle, but one unlikely anchor said she would "gladly" vote for him in a general election: former Bush White House aide Nicolle Wallace.

"I'm on the record. I will vote for whomever — I will, I will, I will gladly and easily and handily vote for Bernie Sanders if he's the nominee. This is not personal," Wallace told a panel on Tuesday, "but my political strategist is like, 'It's a four-alarm fire in my political soul."

She continued, "I mean, how do you, as a Democratic Party, tell everyone to get behind someone who is -- and I have no frickin' clue what 'democratic socialist' means, but everyone thinks that's what he is, and it sounds scary. And he's got very little African American support."

Wallace, who previously worked on Sen. John McCain's 2008 presidential campaign and served as White House communications director for President George W. Bush, has been a vocal critic of President Trump and previously vowed that she would vote for an "automobile" in order to remove him from office.

Earlier this month, Wallace went on a fiery rant calling Trump "the enemy" in an effort to unite Democrats.

Last week, MSNBC anchor Chuck Todd raised eyebrows for suggesting that the Vermont senator isn't actually a "front-runner" of the Democratic race despite his surge in the polls and his victory in New Hampshire.

“I don’t understand how Bernie is considered a front-runner. This is a guy that has -- more people showed up to the polls, highest turnout ever, and his percentage went down, not up. His total went down, not up," Todd told the panel.

The "Meet the Press" moderator also went after Sanders supporters, suggesting they're part of a "digital brownshirt brigade," which was condemned by the Anti-Defamation League (ADL).