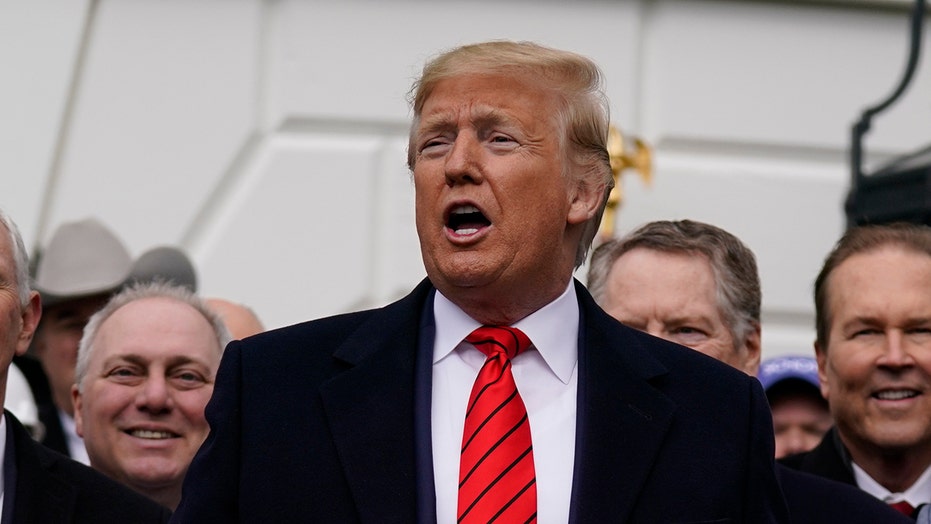 MSNBC host Chris Matthews claimed that President Trump has a "good shot" at being re-elected on Wednesday evening.

During the network's impeachment coverage, Matthews took a moment to "put it all together" between the ongoing Senate trial and the 2020 presidential race, pointing to the recent surge of Sen. Bernie Sanders, I-Vt., in the latest polls out of Iowa and New Hampshire.

"Bernie's rising. Bernie's gonna do very well -- I've been saying this for two weeks. He's gonna win the first couple. He's rising," Matthews began. "That's telling the Republicans they've got a good shot at re-electing this president whether they like him or not. They're facing a future of hell if they go to war with Trump right now."

The "Hardball" host then pointed to the "20,000 people" who attended Trump's rally in Wildwood, New Jersey, on Tuesday night, which he called "some incredible show."

"I've talked to somebody about Pennsylvania who knows a lot about Pennsylvania ... registration is going through the roof up there with Republicans," Matthews continued. "And there's issues like fracking, which will kill for at least two of the Democratic candidates up there. There's so many things moving in Trump's direction -- the latest Real Clear Politics numbers on him are moving up. I don't know why exactly, but there's something that makes people -- if I'm a Republican and I'm saying, 'Damn it, there's only one party. It's called the Trump Party and I've got to live there." 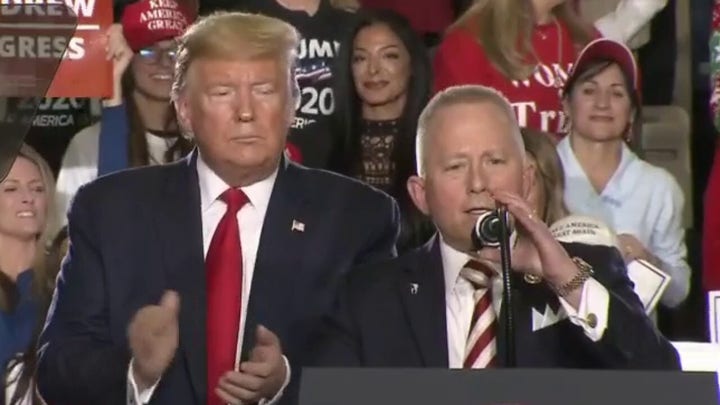 Matthews went on to claim that people are "much more interested" in the impeachment trial than they are with the Democratic primary.

"Maybe they don't have a candidate that thrills them," Matthews speculated. "That could be it -- thrills them like Hillary did for a lot of people, like Barack Obama certainly did. But maybe that's it. Nobody's thrilling them."

He added, "So I think the Trump thing is moving a little bit in his direction in the past couple of weeks. Look at the market today."