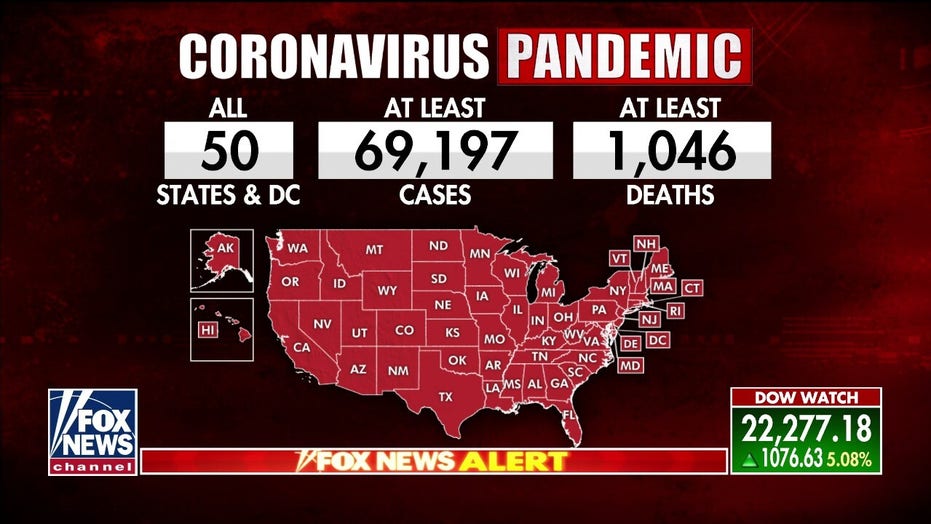 MSNBC anchor Andrea Mitchell seemed surprised on Wednesday that Americans are viewing President Trump as a leader given the way he has handled the coronavirus pandemic.

"We're also seeing some polls indicating the president's approval rating among Democrats and independents skyrocketing to their highest levels yet -- to some 60 percent approval ratings for the way he's handling this crisis as he continues to hold these briefings," she said, referring to Trump's daily briefings on his response to the pandemic.

"The briefings are working for the president. No matter what he says, people seem to be seeing him as a leader -- at least more people do."

Her comments came after a Gallup poll showed 60 percent of Americans approving of Trump's handling of the coronavirus.

Mitchell was speaking with Jim Messina, a former top adviser to President Obama, who suggested viewers should be skeptical about polling and that the numbers Mitchell referenced might change over time.

"Right now, President Trump, I would reject all of the polls that you see back and forth and just know that in a month from now, people are going to kind of look back and say: What happened and who was responsible? And President Trump's comments are someday going to be on a television ad that's going to be really difficult to rebut in the fall of this year," he said.

Messina reportedly took a position on the board of a super PAC that just rolled out a $6 million ad campaign highlighting President Trump's previous statements about the virus.

Titled "Exponential Threat," one of the ads plays a series of Trump's quotes against the backdrop of a chart showing the increasing number of coronavirus cases in the United States. It splices together two particular quotes to make it seem as though President Trump said: "The coronavirus. This is their new hoax."

The Washington Post said that quote was the result of "deceptive editing" when played in another ad by former Vice President Joe Biden's campaign.

The Post and others like PolitiFact and FactCheck.org have reported that Trump did not call the virus a hoax. As fact-checkers pointed out, Trump was referring to the way Democrats responded to the pandemic by assigning blame to his administration, not the virus itself.