Titled "Exponential Threat," the ad plays a series of Trump's quotes against the backdrop of a chart showing the increasing number of coronavirus cases in the United States. It splices together two particular quotes to make it seem as though President Trump said: "The coronavirus. This is their new hoax."

The Washington Post said that quote was the result of "deceptive editing" when played in another ad by former Vice President Joe Biden's campaign.

The Post and others like PolitiFact and FactCheck.org have reported that Trump did not call the virus a hoax. As fact-checkers pointed out, Trump was referring to the way Democrats responded to the pandemic by assigning blame to his administration, not the virus itself.

Between playing the videos, Scarborough didn't address the specific quote but openly wondered what basis the Trump campaign had for sending television stations cease-and-desist letters. He played the ad at least three times on Thursday and followed up with an interview with Guy Cecil, a former Hillary Clinton aide who leads the super PAC behind the ad.

"Ok, I'm looking at that ad and I'm looking at these quotes that I got I think from a New York Times article and a Washington Post and a Wall Street Journal articles about what the president said and it sounds like all that ad's doing is actually quoting him," Scarborough said. "Maybe I missed something, could you guys play that again?" After playing the ad again, Scarborough said he wanted to make sure he wasn't missing anything -- then requested his show play the ad a third time. He added that the video "undersold" how many people died from the coronavirus because the count increased since the video was made.

It's unclear which articles Scarborough was referring to but the Post reported that Trump didn't say the phrase "The coronavirus, this is their new hoax," which figured prominently in the ad.

In the ad, the tone shifts between "the coronavirus" and "this is their new hoax," potentially signaling to viewers that they were separate quotes. The implication, though, is the same -- that Trump used the hoax label for the virus itself rather than Democrats' response to it.

On Wednesday, the Trump campaign said it sent cease-and-desist letters, threatening legal action against local television stations that played the ad. The ad itself came as part of a $6 million effort by Priorities USA -- a super PAC led by one of Hillary Clinton's former advisers and started by Barack Obama's former campaign officials. 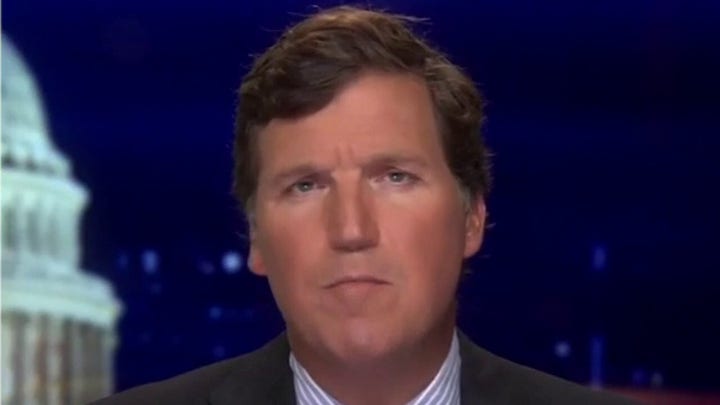 MSNBC did not immediately respond to Fox News' request for comment. The Trump campaign blasted Scarborough and his co-host Mika Brzezinski in a statement to Fox News.

“Whatever shred of credibility Mika Brzezinski and her sorry husband had left is now gone. They along with MSNBC and ‘Concast’ have now endorsed deceptively doctoring audio to make political figures say things they never said," a senior Trump campaign official told Fox News.

"Every independent fact-checker who looked at the claim that President Trump called the coronavirus a hoax said it was totally false. Viewers should be aware that the facts don’t matter to these deranged TV hosts, and they are trafficking in synthetic media and disinformation.”

Cecil told Scarborough on Thursday that the Trump campaign had "no real argument" against their ad. "Well, they have no real argument. I think the reason why the president wants the ad off the air is because it does something that he is not familiar with -- it tells the truth."

It's unclear how the Trump campaign will proceed against local outlets or whether they will formally demand MSNBC cease airing the ad.

Americans for Public Trust, an outside group led by former Nevada Attorney General Adam Laxalt, a Republican, is claiming that similar anti-Trump messaging is coming from a series of organizations tied to Arabella Advisors -- a dark money nonprofit providing help to liberal groups. Specifically, it manages the New Venture Fund and Sixteen Thirty Fund, both of which have supported another Democrat-aligned group -- American Bridge -- that's hitting Trump on the coronavirus response.