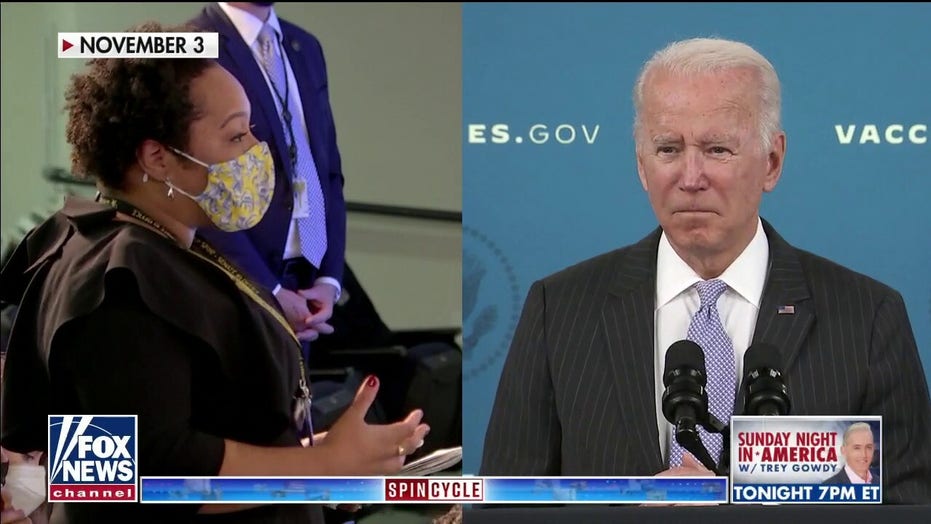 During an appearance on Fox News' "MediaBuzz," Hemingway referred to Alcindor as a "hardcore activist" and "an embarrassment to the journalistic profession" as she called out the differences in her coverage of Biden and former President Trump.

"Yamiche Alcindor is actually not really a reporter. I mean, that is what her position is supposed to be. She's a hardcore activist. She's kind of an embarrassment to the journalistic profession because of these questions she asks," Hemingway said after host Howard Kurtz played a video clip of Alcindor asking Biden about Democrats' course of action following their Virginia gubernatorial election defeat.

In her questioning, Alcindor appeared to be advocating for Democrat counteractions to Republicans campaigning on issues related to education. She claimed Republicans were "successfully running on culture war issues" and making "false claims about critical race theory," referring to misleading Democratic claims that CRT was not being taught in Virginia public schools.

Hemingway argued that Alcindor previously advocated for Democrats when the latter gushed over Biden as a "moral, decent man" during his first presidential press conference in March.

"This is in such stark contrast to what she did during the previous administration where she was cartoonishly hostile each and every encounter she had with President Trump," Hemingway added. "That's something that people can understand, being adversarial toward a president and then being adversarial toward the next president, but the way that she flips from being such extreme -- well she doesn't really flip at all, she's a Democratic partisan activist and a propagandist regardless of who’s holding the office."

"We need someone to hold this administration accountable. We do have one party control in D.C. … and we need some people to push back against what's happening," she said.

Alcindor has been previously accused of going to bat for the Biden administration on a number of occasions. In May she gushed over the administration's choice of Karine Jean-Pierre as a White House spokesperson, and in August she defended Biden's handling of the situation in Afghanistan amid the chaotic U.S. withdrawal.