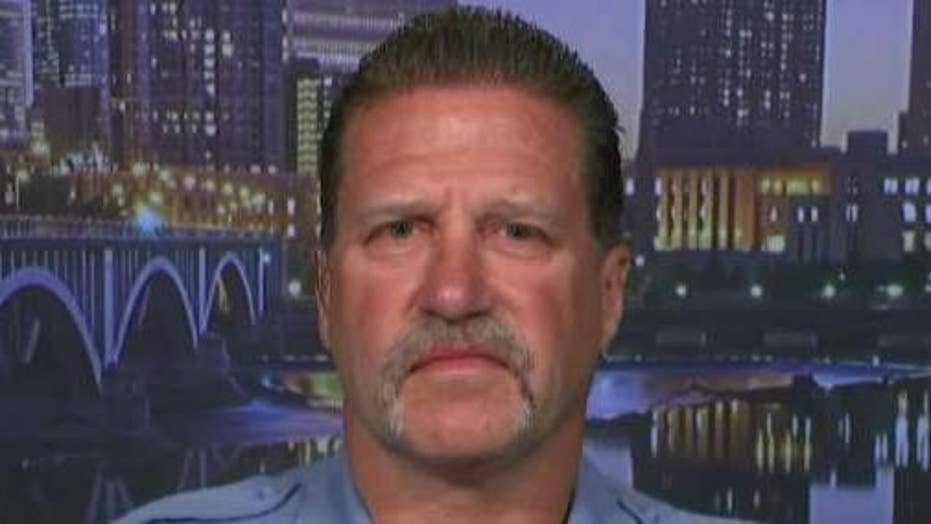 The Minneapolis police force is barring off-duty officers from appearing in uniform at political rallies or events, a rule enacted just a week before President Trump is to hold a reelection campaign rally in the historically blue state.

The new rule quickly drew the ire of members of the Police Officers Federation of Minneapolis, which sees the timing of the new policy's implementation as a direct jab at Trump, who is determined to flip the state's 10 electoral votes to the GOP -- no Republican has won the state since President Richard Nixon in 1972.

"For decades, the police federation has been allowed to appear in political ads [and] align themselves with political parties for our endorsement," Minneapolis Police Department Lt. Bob Kroll, president of the police union, said on "Fox & Friends" on Sunday.

"For many decades when you look back, because of the labor presence, unions have supported the DFL [Minnesota Democratic-Farmer-Labor Party] and in the past it's never been a problem.

"Minneapolis has been a Democrat city for decades. It's never been a problem but because they've kind of turned their backs on the police and many other working people, we've shifted gears and we've been endorsing Republicans for the last several years, so now they've said no longer can you wear your uniform to support your political candidates."

Police Chief Medaria Arradondo pushed back at the notion that the move was political in nature, saying at a news conference Tuesday that the police department is not "showing favor or bias toward a particular political party or a candidate," and that the step has been under consideration for a year after local constituents protested officers in uniform endorsing local and state politicians.

"I don't want the Minneapolis Police Department to be politicized, at all," Arradondo said.

Trump is scheduled to hold a rally on Oct. 10 at the Target Center in Minneapolis.

"On Oct. 10, our entire city will not stand behind the president, but behind the communities and people who continue to make our city -- and this country -- great," said Frey, a Democrat. "While there is no legal mechanism to prevent the president from visiting, his message of hatred will never be welcome in Minneapolis."

Frey defended the department's decision, saying: "The Minneapolis Police Department is neither an ideological or political entity. It's not Democrat. It's not Republican. And we want people to understand that this is a neutral department."

The rule will also prohibit uniformed officers from appearing on stage or within the backdrop of the president -- or any political figures -- although officers will still be assigned as security.

"If you look back in the past, when Bill Clinton appeared here, he was lined with blue because they directed our officers, against their will to be behind him in the backdrop," Kroll said. "They made sure they had a diverse looking crew of uniformed officers behind Bill Clinton when he was here and this one, it's exactly the opposite with President Trump coming."