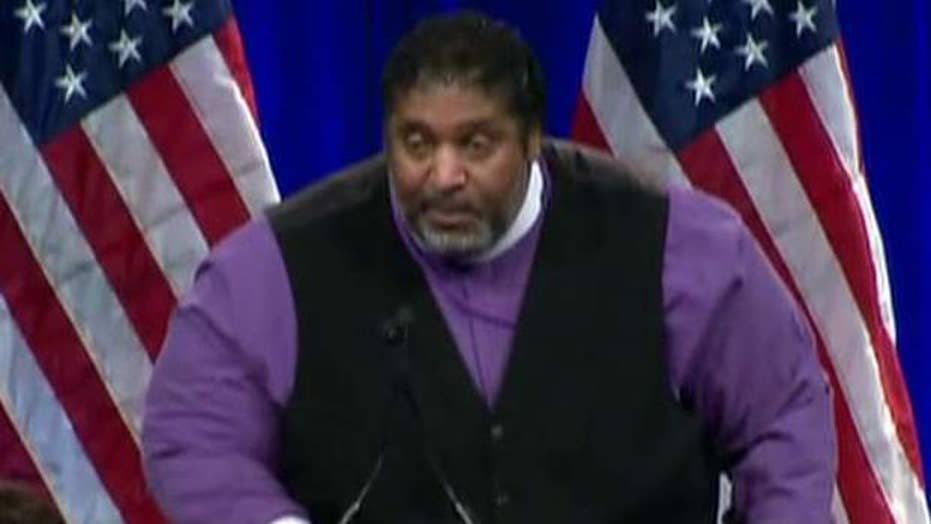 "It cheapens Jesus ... when you believe God sent His only son to the world to increase our taxes -- that's ridiculous," he said on "Fox & Friends."

Slater was responding to a clip showing an activist pastor telling the Democratic National Committee that critics who label certain policies "socialist" should acknowledge that the same could apply to the Constitution and Bible.

"Jesus offered free health care to everyone, and he never charged a leper a co-pay," the Rev. William Barber said during the DNC's summer meeting on Friday.

BUTTIGIEG QUESTIONS TRUMP'S FAITH IN GOD: 'NEVER SEEN HIM HUMBLE HIMSELF BEFORE ANYONE'

But Slater countered that Jesus cared more about changing the human heart than government policy. "Jesus is so much more than that. He's not a political leader. He transcends all this," he said.

"You get no points for that," Slater added.

Slater expressed frustration over Democrats' use of the Bible to support their economic policy, noting they likely wouldn't use while debating abortion policies.

Some Democrats, including Indiana mayor Pete Buttigieg, have invoked the Bible while criticizing Republican policies.

"I think it’s also important that we stop seeing religion used as a kind of cudgel, as if God belonged to a political party. If he did, I can’t imagine it would be the one that sent the current president into the White House," Buttigieg, who is running for president in 2020, said previously.

During a primary debate, Buttigieg also suggested Republicans are unbiblical in their opposition to raising the minimum wage.

"So-called conservative Christian senators right now in the Senate are blocking a bill to raise the minimum wage when scripture says that, 'Whoever oppresses the poor taunts their maker,'" he said, citing Proverbs 14:31.