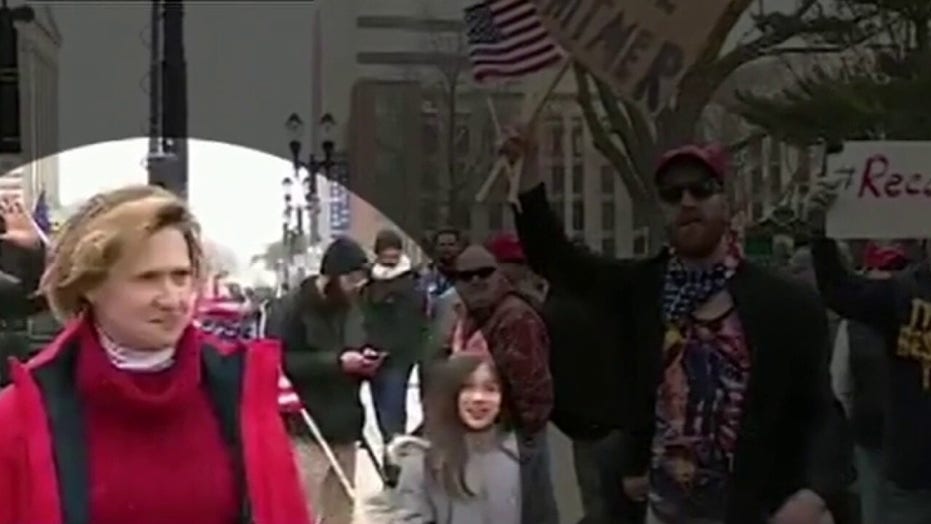 Royal Oak, Michigan Commissioner Kim Gibbs is fighting back after being censured for attending a protest against the governor's stay-at-home orders.

Royal Oak, Mich., Commissioner Kim Gibbs is fighting back after being censured for attending a protest against Gov. Gretchen Whitmer's "stay-at-home" orders.

In an interview on "Fox & Friends" with host Steve Doocy, Gibbs explained that she had attended the rally in support of small businesses being "destroyed by the governor's draconian executive orders."

"And, since that point in time, I've been inundated by vulgar and vicious hate mail, email, and voicemail messages which became so bad that at one point the police were providing me with special protection," she stated.

City commissioners in the Detroit suburb voted 5-2 on Tuesday for an official rebuke of Gibbs. Gibbs is one of just two conservatives on the seven-member panel.

The controversy over her participation in the rally ramped up locally after some Royal Oak residents spotted Gibbs in the background of local TV news coverage of the April 15 rally in Lansing without a face covering and close enough to others to be in violation of social-distancing mandates.

"In my eyes, the scare on the coronavirus is over," Gibbs later told the Royal Oak Tribune. "I'm not a doctor, but my personal belief is that people who got it, or are going to get it, have already gotten it, so let's get back to work."

FILE - In this April 20, 2020, file photo, provided by the Michigan Office of the Governor, Michigan Gov. Gretchen Whitmer addresses the state in Lansing, Mich. Whitmer said Tuesday that President Donald Trump's plan to suspend immigration is distracting from efforts to combat the coronavirus pandemic and part of "inconsistent messages" that spread fear and put the public in "greater danger." (Michigan Office of the Governor via AP, Pool, File)

Gibbs explained that she was protesting Whitmer's ruling because businesses are "just closing down."

"We are not getting the help that we need from the state, from the Payroll Protection Program, from the county. It's just been an incredible challenge to maintain business as usual and a great deal of businesses have just decided to close," she remarked. "They can't do it."

Whitmer recently extended her "stay-at-home" order through May 15 while relaxing restrictions so some businesses can reopen and the public can participate in more outdoor activities like golf and motorized boating.

As states continue to slowly open and roll out reopening plans, Gibbs said she hopes that her governor will "have it right in the future."

"At this point, I can't predict. I do understand that the court has sided with her," she told Doocy. "However, that doesn't speak for all of us that have been...unemployed for six weeks or more now. It's just far more challenging than it needs to be." 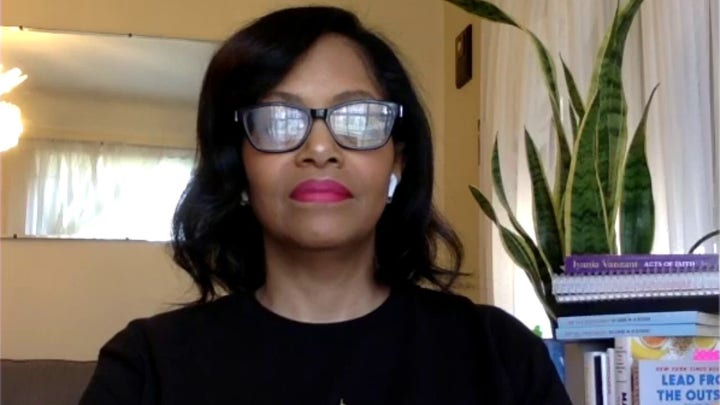 Gibbs is running as Republican in the August primary and hopes to challenge Oakland County Board of Commissioners Chairman Dave Woodward (D-Royal Oak) for his 19th District seat in the November general election.

But, Gibbs is not the only Michigander who has been threatened under Whitmer's leadership. Democratic Congresswoman Karen Whitsett could also face possible censure by fellow Democrats after meeting with President Trump to discuss her own battle with COVID-19.

Like Whitsett, Gibbs said the reason for her censure was "all partisan politics."

"I attended a rally to support small businesses and to get Michicagn going again. Mayor Fournier and the Democrat commission majority seized on this opportunity to retaliate for my opposition of their financial mismanagement of the city. I was censured by a kangaroo court. I violated no law or executive order."