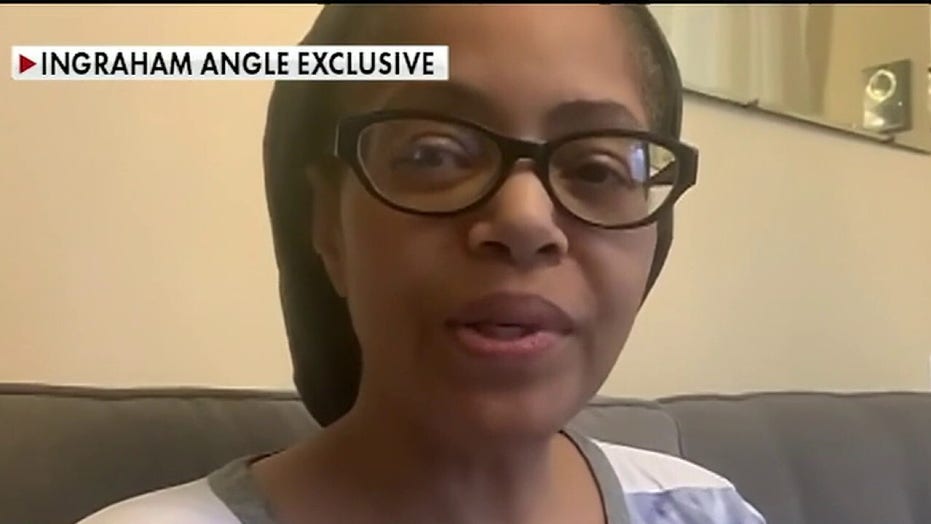 President Trump on Thursday night shared some advice for Michigan state Rep. Karen Whitsett, the Democrat who recently survived a bout with coronavirus – only to now face possible censure by some fellow Democrats.

“Should join the Republican Party!” the president wrote on Twitter.

Trump was responding to a message posted by Ronna McDaniel, chairwoman of the Republican National Committee, who retweeted a Detroit News story reporting that Whitsett was facing a possible rebuke for having said “thank you” to President Trump and Vice President Mike Pence during a recent White House meeting.

Whitsett had thanked Trump and Pence because she attributed her recovery from the coronavirus to having taken the anti-malaria drug hydroxychloroquine -- a treatment Trump has frequently supported during White House news briefings.

The state lawmaker said the drug had “saved my life.”

Whitsett also thanked the president during an appearance on Fox News’ “The Ingraham Angle” earlier this month.

“I really want to say that you have to give this an opportunity," she said on the show, referring to the drug. "For me, it saved my life. I only can go by what it is that I have gone through and what my story is, and I can't speak for anyone else. So that's not what I'm trying to do here. I'm only speaking for myself.”

During the White House meeting on April 14, Whitsett hinted she was already receiving pushback from Democrats for thanking Trump.

“Thank you for everything that you have done,” Whitsett told the president, according to The Detroit News. “I did not know that saying thank you had a political line. … I’m telling my story and my truth, and this how I feel and these are my words.”

"Thank you for everything that you have done. I did not know that saying thank you had a political line."

Whitsett is not the only Democrat to face repercussions for positive comments about Trump.

Also on Thursday, a state-level Democratic lawmaker in Georgia reversed a decision to resign after facing pressure from other Democrats for saying he supported the president.

State Rep. Vernon Jones of Lithonia said he was convinced to remain in office after receiving an outpouring of support following his initial plan to step down.

“I will not allow the Democrats to bully me into submission,” Jones said. “I will not let them win. I will NOT resign.”

Last December, New Jersey Democratic U.S. Rep. Jeff Van Drew announced he was switching to the GOP after deciding that his fellow Democrats’ arguments for Trump’s impeachment were “weak” and “thin.”

In January, Van Drew appeared with the president before a capacity crowd at a rally in Wildwood, N.J.