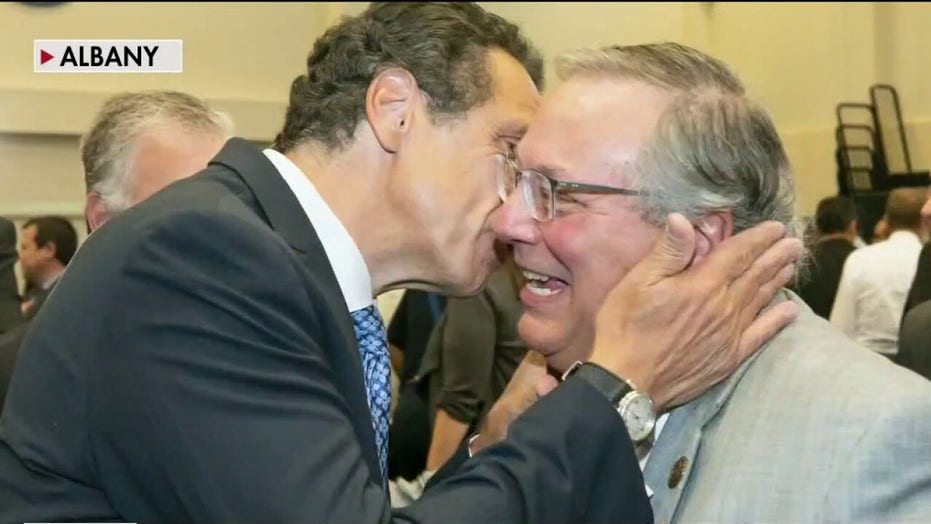 Biden calls for Cuomo to resign after sexual harassment report

It’s sad that Andrew Cuomo engaged in what New York state investigators describe as a pattern of sexual harassment, unwanted touching and inappropriate comments involving 11 women, including one instance of retaliation.

It’s sad that he responded to the attorney general’s blistering report with denials and deflections — embedded with apologies to two of the women — and a couple of swipes at the press.

It’s sad that the governor suggested it’s all politics, when Letitia James is a fellow Democrat, and one he had asked to investigate the matter.

It’s sad that Cuomo created what was described as a toxic culture where everyone — including the women involved — was afraid to say no to him.

It’s sad that most of the media, which denounced him Tuesday and speculated about his resignation or impeachment, initially ignored or minimized the first harassment allegations against a politician they had lionized.

And it’s sad that the man I met when he was in his 20s — pursuing a homeless project while his father was governor — blew up his third term, and stained his reputation, to the point that President Biden has urged him to step down.

A former aide texted a current Cuomo staff member about Bennett’s account: "It’s crazy that if you or I did what is alleged we’d be fired on the spot no questions asked…and it would be the right thing too." The current official’s response: "That’s the damn truth."

And yet while Bennett found her boss’ conduct "extremely abusive," Cuomo yesterday delivered a long explanation about how he was trying to mentor her because she confided she was a victim of sexual assault. Saying that a family member (not clear if it was his daughter) had a similar experience in high school, the governor said he was just trying to console both of them, and failed in both cases.

In similar fashion, Cuomo aired a photo montage of him hugging and kissing men and women. While he does tend to treat people like they’re all one big Italian family, this hardly excuses the conduct detailed in the report (including the hiring of a young woman after a chance meeting for a ridiculous $120,000 salary).

Cuomo can be tough on reporters, and he criticized his media coverage: "Trial by newspaper or biased reviews are not the way to find the facts in this matter." Yet he had asked the press to await the investigation’s outcome. Early last year, the press portrayed Cuomo as a heroic figure for his Covid briefings (before the coverup of nursing home deaths emerged), and touted him as a running mate for Joe Biden.

Chris Cuomo, the CNN primetime host, makes a cameo appearance in the report, having emailed the governor’s office a draft of the statement his brother issued in February, denying the initial allegations. CNN took no action for what it said were "inappropriate" actions when the Washington Post reported that Chris Cuomo had joined the governor and top aides in strategy calls.

So what happens now? The Democratic politicians who never liked Cuomo, like Bill De Blasio, are again calling for him to step down, along with Chuck Schumer, Kirsten Gillibrand and Nancy Pelosi.

There is growing talk in Albany of impeachment proceedings. James’ probe is over but a district attorney could use her findings to pursue criminal charges. Whether Cuomo runs for a fourth term next year will probably depend on the polls and the donors.

The press knew full well that Cuomo could threaten allies as well as opponents, but portrayed that as part of a hardball style that got things done. Now we are seeing the darker side of what the report calls his bullying behavior.

"That’s not who I am," Cuomo said of the findings.

But whoever he is, it’s sad — for him, for the women, for New York and the country.