Former Defense Secretary James Mattis had a message for climate change skeptics on Thursday, warning that it was a "national security issue."

He was responding to MSNBC anchor Andrea Mitchell, who had asked about the U.S. Navy's decision to end an Obama-era task force on climate change. Mattis declined to address that specific program, but said he believed climate change was a "reality" that presented a host of dangers.

His comments followed days of reports on Mattis' view of Trump and his disagreement with the president's decision to withdraw from Syria. Although Mattis described Trump as an "unusual president," he refused to "speak ill" of him during an interview with CBS.

Thursday, without mentioning Trump specifically, Mattis suggested to Mitchell that skeptics should want some kind of "insurance policy" against climate change.

MATTIS REFUSES TO 'SPEAK ILL' OF TRUMP IN INTERVIEW, BUT CALLS HIM 'UNUSUAL PRESIDENT' 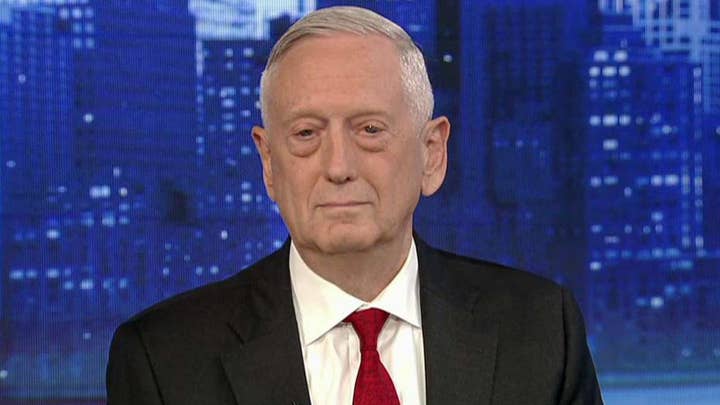 "For those who are adamant there is no climate change -- you look at the receding sea ice and have different explanations -- why wouldn't we take out an insurance policy and do prudent steps to make certain the generation that's coming up is not going to be caught flat-footed by this?" Mattis asked.

He went on to call the issue a matter of "national security," claiming that natural disasters created refugee flows, a need for humanitarian assistance, and opportunities for terrorists to recruit vulnerable populations.

At the start of 2019, the Defense Department released a report describing "the effects of a changing climate" as a "national security issue with potential impacts to Department of Defense ... missions, operational plans, and installations."

The Trump administration attracted scrutiny for the president's statements on the issue and for rolling back former President Barack Obama's policies with the Environmental Protection Agency.

The president also decided to withdraw the U.S. from the controversial Paris Climate Agreement and has joked about cold temperatures amid concerns about climate change.

On Wednesday, Trump defended himself from Democratic claims he is not doing enough to address the issue of climate change.

He also attacked Democratic proposals that he said would inflict a heavy financial toll on Americans in poverty. "The Democrats’ destructive 'environmental' proposals will raise your energy bill and prices at the pump," Trump tweeted on Wednesday. "Don't the Democrats care about fighting American poverty?"