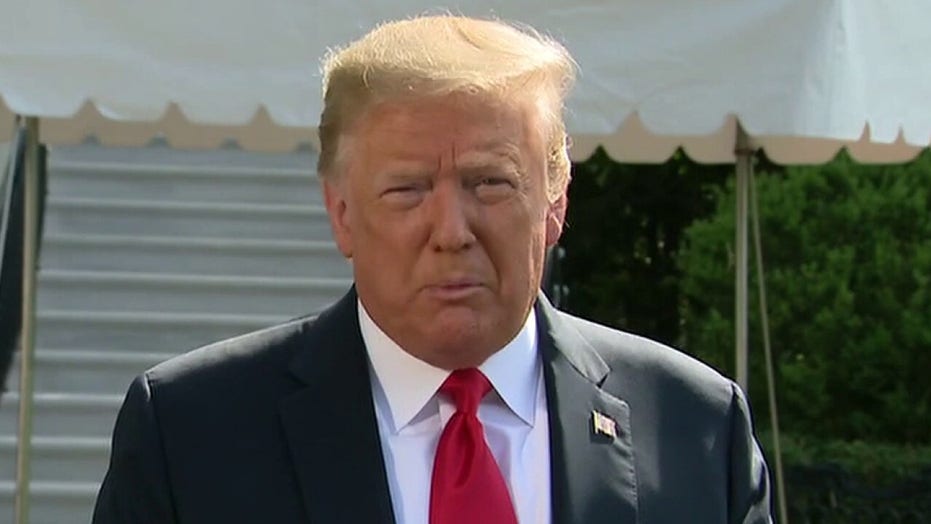 The removal of statues is being conducted by a "mob" reminiscent of the French Revolution, says Matt Schlapp, chair of the American Conservative Union.

“They will go after everyone. They will have pressure campaigns to harm anyone who dares to stand for our American history,” Schlapp told “America’s Newsroom" on Tuesday.

Schlapp added that there are even calls for “white Jesus” to be taken down as well as his “European mother.”

President Trump declared late Monday that anyone caught vandalizing monuments or any other federal property can be subject to arrest and face up to 10 years in prison.

Schlapp said that there is no education about American history regarding the Republican Party’s anti-slavery campaign and fight to end Jim Crow laws.

“This no longer has anything to do with the question of our birth defect of slavery in this country which we fought a Civil War over, passed three amendments to our Constitution to end, and finally beat Jim Crow," he said. "And it is the Republican Party who led that fight."

“We don’t teach our history, we don’t understand our history, and pretty soon we’re going to become history unless we stand up and say no more," Schlapp warned.