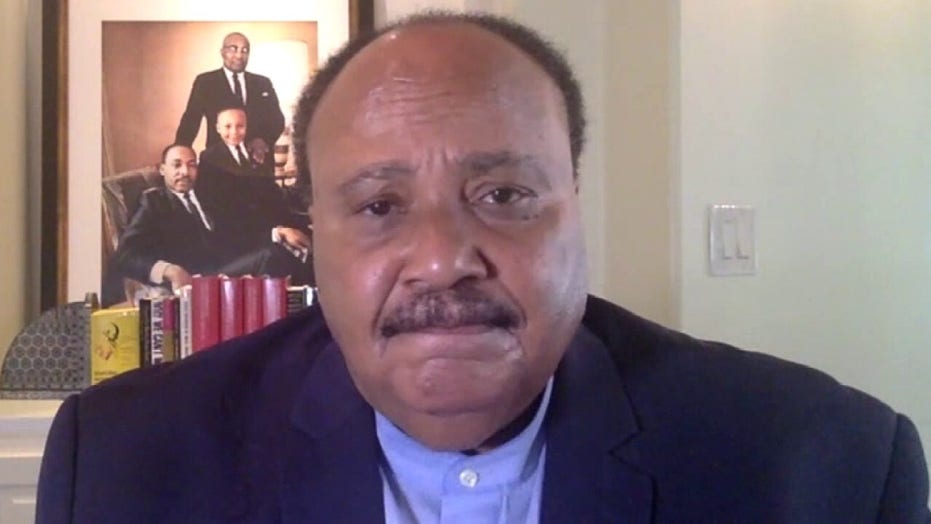 Martin Luther King III on the life and legacy of Rep. John Lewis

Martin Luther King Jr.'s son appeared on "Cavuto Live" Saturday where he reflected on Congressman John Lewis' legacy and his activities as a civil rights icon.

Fox News' David Asman had asked Martin Luther King III about his father's relationship with the late congressman. When Lewis was just 18 years-old, Martin Luther King Jr. paid for a round-trip ticket for Lewis to travel from Troy, Alabama to Montgomery.

"Well, what was it about John Lewis that inspired your father to pay for his ticket, a round trip ticket from Troy to Montgomery?" Asman asked.

"You know, I don't know that I have the answer, but I will speculate and it was because of the letter that he wrote and how in detail he talked about what he had done. He used to preach to chickens. He was practicing because his goal I think was to become a minister," he said.

"He assumed that God had called him to the ministry and I think it was just the times. And it was something very unique and special that we all know about this man. And then once they met, obviously, it was the level of desire to be engaged, to bring about change. And he personified that throughout his life."

The teen had written King a letter because he was interested in trying to attend the all-white university in Troy just 10 miles from his family’s farm in Pike County.

On Saturday, a six-day memorial started with Lewis in Alabama. He's expected to be in Georgia next week for a funeral at Ebenezer Baptist Church in Atlanta. and lie in state at the U.S. Capitol on Monday and Tuesday next week.