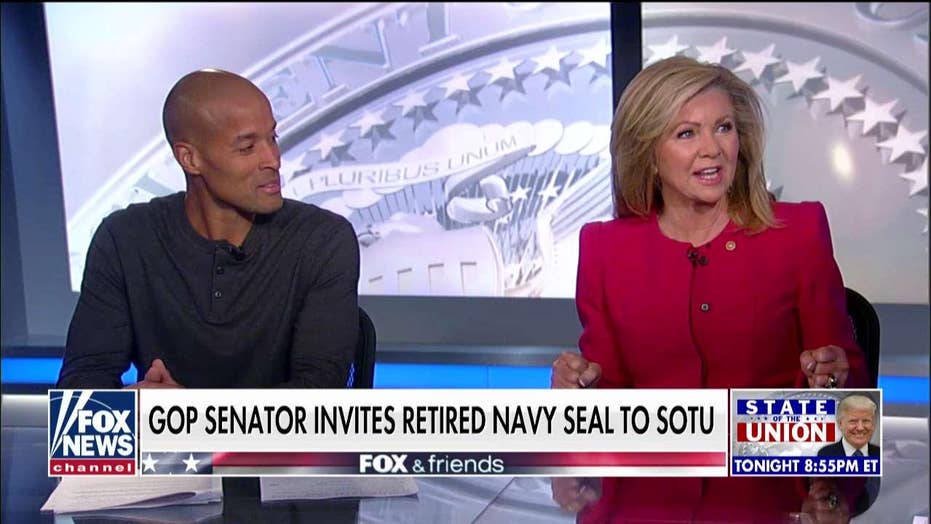 TN Sen. Marsha Blackburn is taking the 'toughest man alive' to the State of the Union

Why Tennessee Senator Marsha Blackburn is taking retired Navy SEAL David Goggins -- the only member of the U.S. Armed Forces to complete SEAL training, Army Ranger School, and Air Force controller training -- to the State of the Union.

Retired Navy SEAL David Goggins -- the only member of the U.S. Armed Forces to complete SEAL training, Army Ranger School and Air Force controller training -- is the definition of the "Great American Comeback," according to Tennessee Republican Sen. Marsha Blackburn.

Goggins will be Blackburn's guest at President Trump's State of the Union address -- themed "The Great American Comeback" -- Tuesday evening.

Appearing on "Fox & Friends" with host Steve Doocy, Blackburn said that Goggins' life represented the "perfect comeback story as we talk about our nation's comeback story.'"

TRUMP STATE OF THE UNION: SETBACKS AND SUCCESSES SINCE LAST YEAR'S ADDRESS TO CONGRESS

Goggins lost 106 pounds in less than three months in pursuit of a career in service to the nation. He said that he "found [himself]" in that process.

He decided to be a patriot because his country had given him the "great opportunity to become someone," after battling low self-esteem and demons stemming from his childhood. 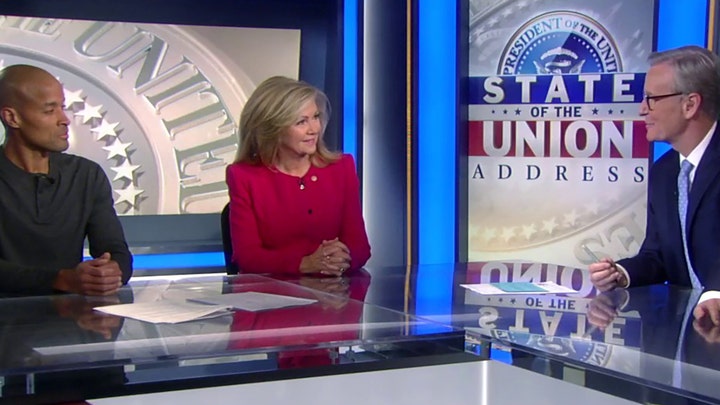 "So, I had to first work on myself and...stop blaming everybody for my issues," he told Doocy.

"Honestly, Jenny Craig wasn't around for me, so basically I just ate very little and worked out like a madman. And, during that process is where I found myself," he explained.

"In our nation, people have the opportunity to dream big dreams and then to find a way to make those dreams come true and that's exactly what David has done," said Blackburn.

"He found the path that worked for him and that's what the American dream is all about," she concluded.