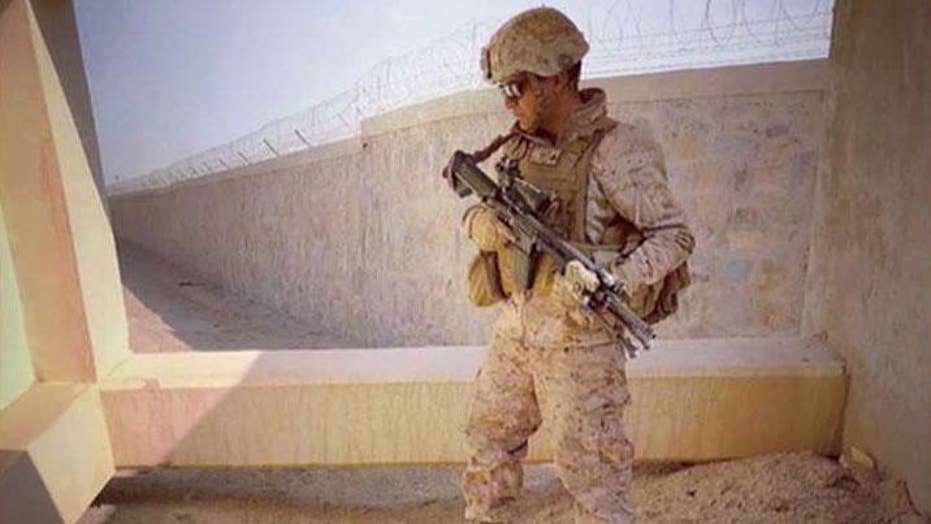 Travis Snyder hiked for 42 days around Lake Michigan, says he wants veterans and families to know they have a community.

Michigan Marine veteran Travis Snyder spoke to Fox News about his mission to rescue his veteran brothers who struggle with mental battles once they return home.

“I just wanted to gather people together … a community looking for healing … trying to find light in the darkest moments,” he told Trace Gallagher.

Snyder has been raising awareness for the cause by walking more than 800 miles in 42 days around Lake Michigan -- a feat that saw him travel close to 25 miles a day. He also said his mission is to be a healer and do his part for the greater good -- as the issue continues to grow across the country.

Currently, about 20 veterans die by suicide every day - a rate 1.5 times higher than those who have not served in the military.

During his appearance on Fox News, Snyder said he wants all veterans to remember they have a purpose and a reason to stay alive.

“They are not here to fight alone… they have resources to overcome this,” Snyder said.

Snyder, who served in Afghanistan as a corporal from October 2017 to April 2018, chronicled his journey on his Facebook page.

He told Gallagher: “The outcome was, in a good way, overwhelming.”