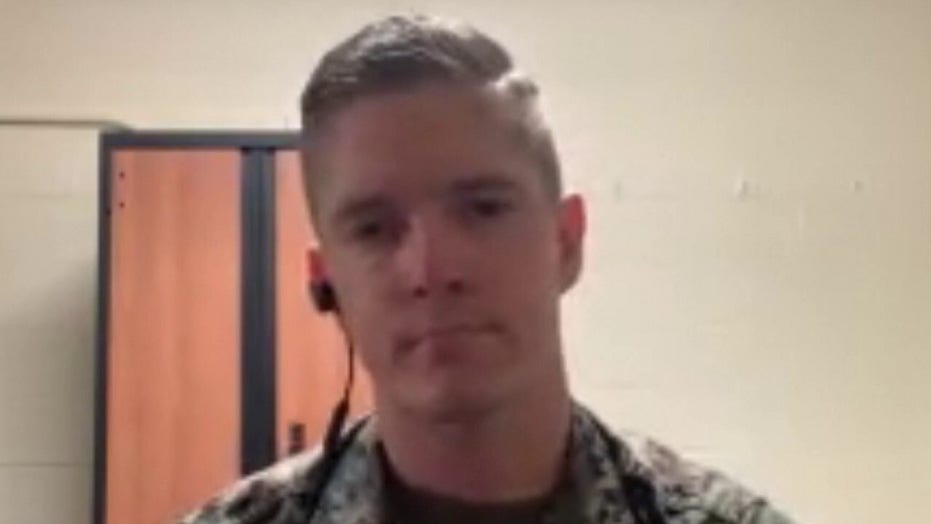 Captain Daniel Kult, U.S. Marine Corps, shares the story of restraining a hostile airplane passenger with two other marines on board.

U.S. Marine Corps Capt. Daniel Kult joined "America's Newsroom" Friday to discuss his role in helping to detain a disruptive airline passenger, for which he has been hailed as a hero.

Kult told host Sandra Smith that his trip to Dallas from Tokyo was supposed to be just a "routine flight back home to the States."

"The three of us were allowed to go home early from deployment for a myriad of reasons. We got approved to move during the military stop order," he recalled. "And then, what started out as a normal flight, suddenly about halfway through turned into an interesting one where there was this individual who barricaded himself in the restroom, started yelling some alarming and threatening things, and then we eventually decided to step in and help the flight crew take care of the situation."

Kult said it took him and his companions a minute to figure out what was happening because they were all watching movies with their headphones in. However, once they assessed the situation, the Marines formed a so-called "tactical stack" outside of the lavatory.

"And then, pretty much we told the flight attendant with the flexicuffs to unlock the door and we'll take care of the rest," he remembered. "So, when he opened the door ... I jumped in, I grabbed the guy, pulled him out into the hands of Sgt. Dietrick and Pfc. Meinhardt and then together we got him down to the ground and zip-tied him."

According to Kult, the flight attendant had the ties in the hand and knew "kind of what needed to happen next." However, the first set of flexicuffs did not hold and they needed a second pair.

The Marines then restrained the passenger further by duct-taping him to a chair until they could safely land at Los Angeles International Airport, where the passenger was taken off the plane for a mental evaluation. 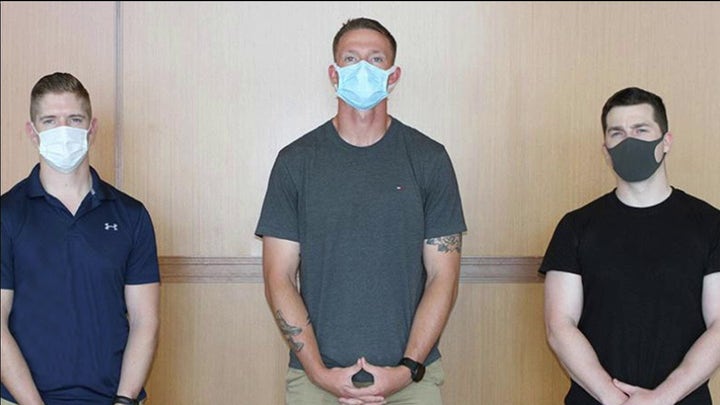 "Did you ever see anything like this happening?" Smith asked.

"No, absolutely not, especially just trying to go home," Kult replied. "You're on a flight, you know, just watching movies. You don't expect to really have to be on alert. So, that was one thing I definitely never thought would happen to me, personally.

"I always see stories, you know, of service members doing some kind of act to help out, but I don't think [any] of us really saw that coming at all," he concluded.

An investigation of the incident is being conducted by the U.S. Attorney’s Office for the Central District of California as well as the FBI office in Los Angeles.