Host of 'Mornings with Maria' on FOX Business shares her concerns with the current 61% labor participation rate in the United States.

Maria Bartiromo joined "America’s Newsroom" Friday, expressing worries about the September jobs report. Bartiromo focused on the 61 percent labor participation rate, arguing "it underlines the negative impact of all of that stimulus being thrown at people, even though the unemployment extended benefits went away." The "Mornings with Maria" host also noted employers are struggling to find workers.

MARIA BARTIROMO: Well, unfortunately, there are 11 million jobs, but employers can't get the people to come back to work to take the jobs. So you can have all the jobs in the world but if an employer actually can't find that skilled person to put in that job, you're out of a job and you're out of a person getting that job. So that's why I'm focusing on this labor participation rate. It sounds complicated. It's not. 61 percent of those people are actually participating.

That means they're either looking for a job or they're in the workforce right now. This is the number that sticks out to you in this report because it underlines the negative impact of all of that stimulus being thrown at people, even though the extended unemployment benefits went away. They're still saying I'm not ready to go back to work, I've got enough money and I'm expecting more money to come at me, creating this welfare state. Not good. 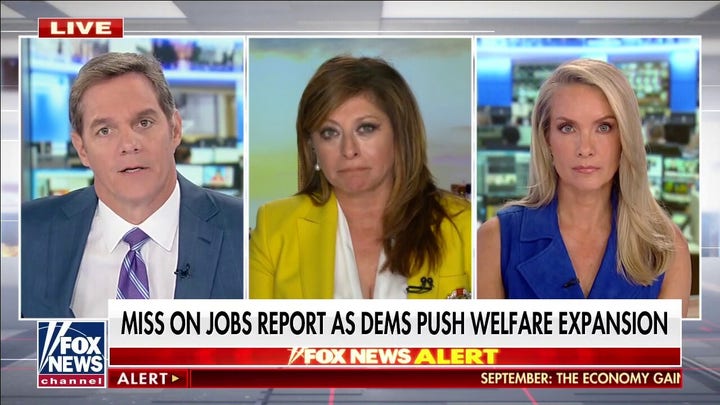