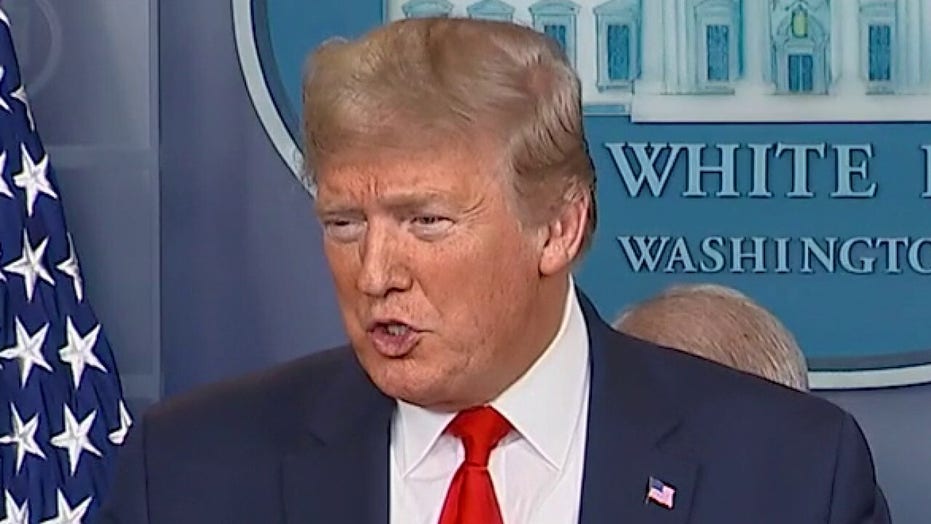 By saying economy should remain shut down.

Sen. Marco Rubio, R-Florida, slammed the media for what he described was its "grotesque" coverage of the U.S. exceeding China in reported coronavirus cases.

For weeks, China and Italy had led the global count of reported coronavirus cases as the U.S. saw a drastic increase of its own numbers between the spread of the disease and the growing availability of testing kits. On Thursday, the U.S. officially had more reported cases than any nation in the world.

On Sunday, Rubio, a fierce critic of China, blasted the media's coverage, suggesting they are too trusting of China's self-provided data.

"Some in our media can’t contain their glee & delight in reporting that the U.S. has more #CoronaVirus cases than #China," Rubio tweeted. "Beyond being grotesque, it's bad journalism.

He continued, "We have NO IDEA how many cases China really has but without any doubt it's significantly more than why [sic] they admit to."

"Journalists are concentrated in cities that are being ravaged by a plague that could have been better contained with a competent president. They're lonely and scared and reporting while homeschooling their kids. No one feels glee or delight. Some of us feel white hot rage," New York Times columnist Michelle Goldberg reacted.

HILLARY CLINTON UNDER FIRE FOR JOKE ABOUT US LEADING IN VIRUS CASES: TRUMP 'DID PROMISE AMERICA FIRST'

"There isn’t a single journalist in America who takes glee in the spreading misery and death of this pandemic, and Marco Rubio obviously knows that. What’s ‘grotesque’ is attacking the media in an attempt to cover up a hideous lack of leadership. Do better. Do your job, or resign," Mother Jones National Affairs editor Mark Follman said.

"Senator, either you have no clue what you're talking about or you're being a jerk. I have friends in this industry who have the virus. We have to make exceptionally challenging calls about sending reporters into hot spots or places where they could get it. Do better," MSNBC contributor Sam Stein tweeted.

"The idea that journalists are cheering on the coronavirus pandemic is extremely stupid. Our industry is about to get devastated by the economic downturn and journalists are getting sick just like everyone else. No one wants this to be happening," BuzzFeed reporter Rosie Gray reacted.

"Those attacking Marco Rubio and white knighting for journalists are doing an awful good job at pretending tweets like this don’t exist," political strategist Caleb Hull said, pointing to a tweet GQ correspondent Julia Ioffe wrote jokingly referring to the U.S as a "s---hole country" to mock President Trump.

"I wonder why Senator Rubio is attacking the brave firefighters of American news media like this?" filmmaker and former McConnell aide Anang Mittal sarcastically asked, sharing Ioffe's tweet as well as a tweet from Daily Beast columnist Dean Obeidallah, who said that Trump succeeded in making "America first" in the virus count.

"Gleeful," Washington Examiner reporter Jerry Dunleavy labeled a headline from The Guardian that read, "Trump's America first is working: the US now leads the world in coronavirus cases."

"If only reporters had the same energy digging into China’s numbers as they display digging into @marcorubio's tweet calling them out for ignoring the truth," Regan Battalion wrote.