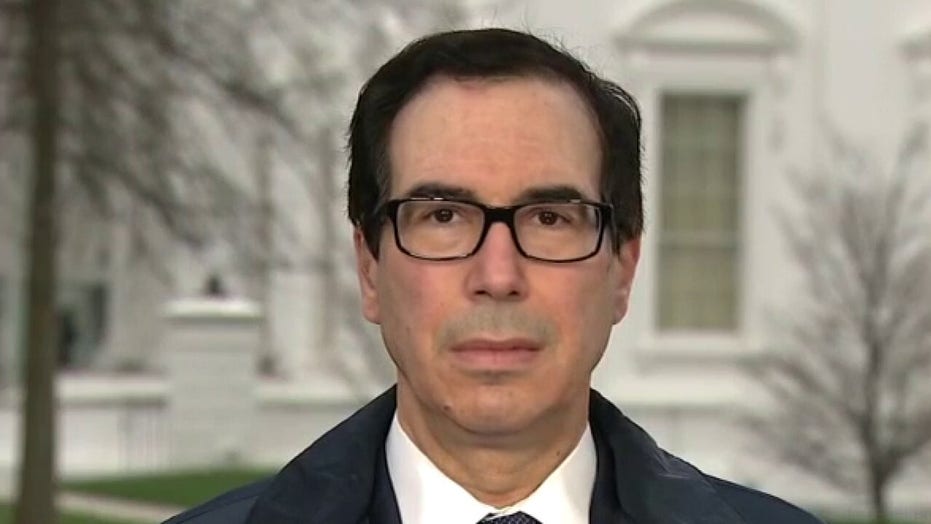 NBC News anchor Chuck Todd raised eyebrows Sunday morning when he asked if President Trump had "blood on his hands" for his delayed response to the coronavirus outbreak.

During an interview with former Vice President Joe Biden, Todd pointed to the Democrat's campaign messaging on the pandemic, which says a failure to take aggressive action "could cost lives."

"Do you think there is blood on the president's hands considering the slow response?" Todd asked. "Or is that too harsh of a criticism?"

Even Biden, who has been critical of the president throughout the crisis, thought the question was "a little too harsh."

Biden added that there should be "laser focus" on implementing the massive financial relief bill passed by Congress to help struggling businesses and families.

The "Meet the Press" moderator faced backlash on social media for asking the question on the long-running Sunday morning show.

"Tim Russert would never ask a question like this. Even Joe Biden didn’t take the bait to assist in a viral moment attempt," The Hill media reporter Joe Concha said, referring to Todd's "Meet The Press" predecessor.

Concha added: "Chuck Todd served as a moderator of an NBC News debate on Feb 19, which was more than two weeks after President Trump suspended travel from China. Number of questions Todd asked any of the candidates about Coronavirus? Zero."

Todd served as a moderator at the two-hour MSNBC/NBC News Democratic debate last month, where there was no mention of the ongoing virus outbreak.

Others also piled on the NBC News anchor over his exchange with Biden.

"When Chuck Todd's attacks on @realDonaldTrump are too much for even Biden, you got a problem," Guest said.

This isn't the first time Todd's commentary landed him in hot water. Last month, the MSNBC anchor was slammed after suggesting that supporters of Sen. Bernie Sanders, I-Vt., were part of a  "digital brownshirt brigade."

Those remarks were later condemned by the Anti-Defamation League.