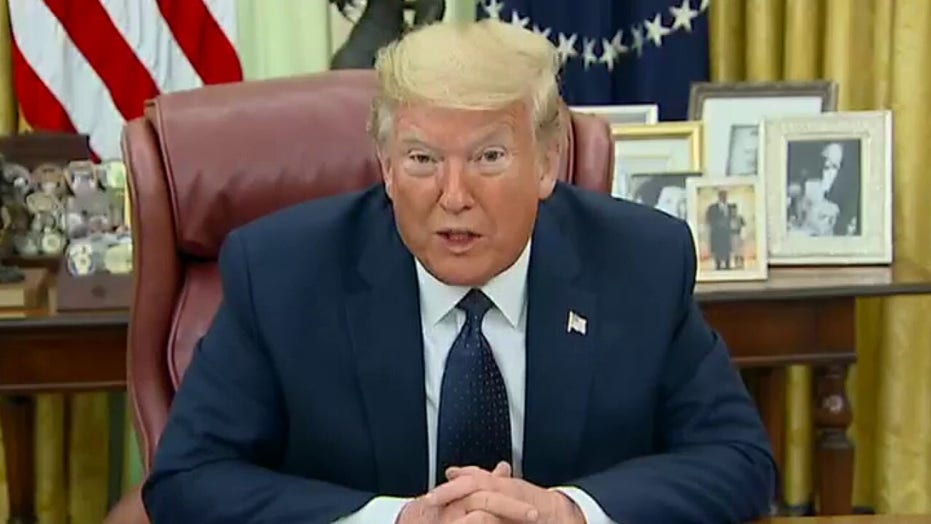 Report: US will expel Chinese grad students with ties to China's military schools

Washington Post columnist and Fox News contributor Marc Thiessen previewed President Trump's Friday announcement dealing with China on "The Story" Thursday, predicting that the president would "impose sanctions" on the Beijing government in response to its moves to restrict Hong Kong's autonomy.

"He's going to tell ... the Chinese regime, 'What you're doing is unacceptable,'" Thiessen said. "When this [national security] law takes effect in September, the Chinese regime is going to be able to ban pro-democracy groups, arrest people for political crimes. They're going to allow the state security service, which is the Chinese secret police that terrorizes people all over mainland China, to operate openly in Hong Kong, which they have not been allowed to do.

Shortly after China’s legislature endorsed a national security law for Hong Kong on Thursday, the United States, and governments of Australia, Canada and the United Kingdom issued a joint statement arguing the legislation would “curtail the Hong Kong people’s liberties."

"President Trump's going to have some big decisions to make, not just tomorrow," Thiessen said. "Tomorrow's the first step ... But they haven't implemented the security law yet.

"We're going to welcome those people here, because those are the kinds of people we need to rebuild the post-COVID economy," Thiessen said. "If you don't want them, we'll take them."