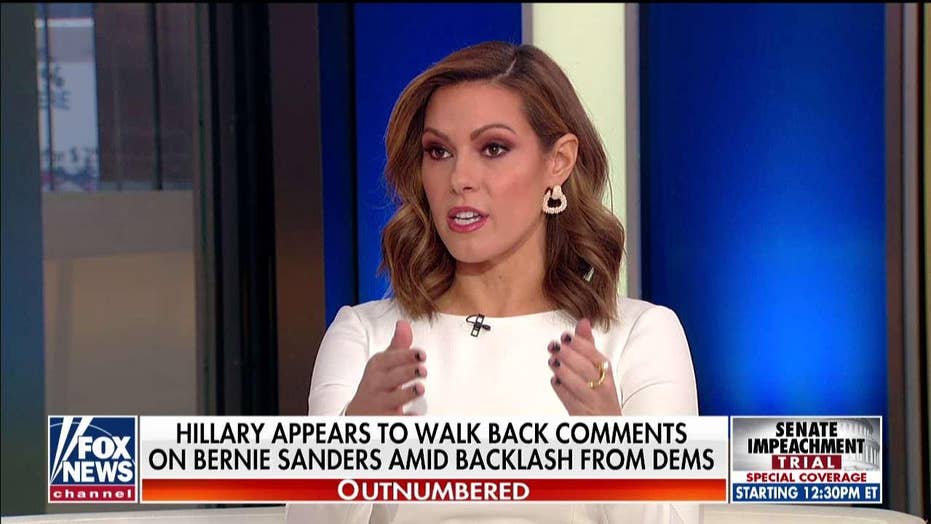 Fox News’ "Outnumbered" panelist Lisa Boothe said on Wednesday that the strength of Sen. Bernie Sanders’ bid to defeat frontrunner Joe Biden in the Democratic primaries is being underestimated.

"Can you wait till Nevada, can you wait till South Carolina to prove that point?" Boothe asked. "Or do you get abandoned after losing Iowa and New Hampshire? So, I think people are underestimating Bernie Sanders and I think he's in a solid position to potentially win the Iowa caucuses."

Earlier this week, The Hollywood Reporter reported that 2016 Democratic nominee Hillary Clinton made disparaging comments about Sanders in a forthcoming docuseries, saying that  “nobody likes him” and that “nobody wants to work with him, he got nothing done."

Boothe's co-panelist and Fox News contributor Marie Harf explained that a lot of Democrats still share Clinton's bitterness toward Sanders because "they feel like Bernie didn't do enough to bring together his folks with her folks to help her win."