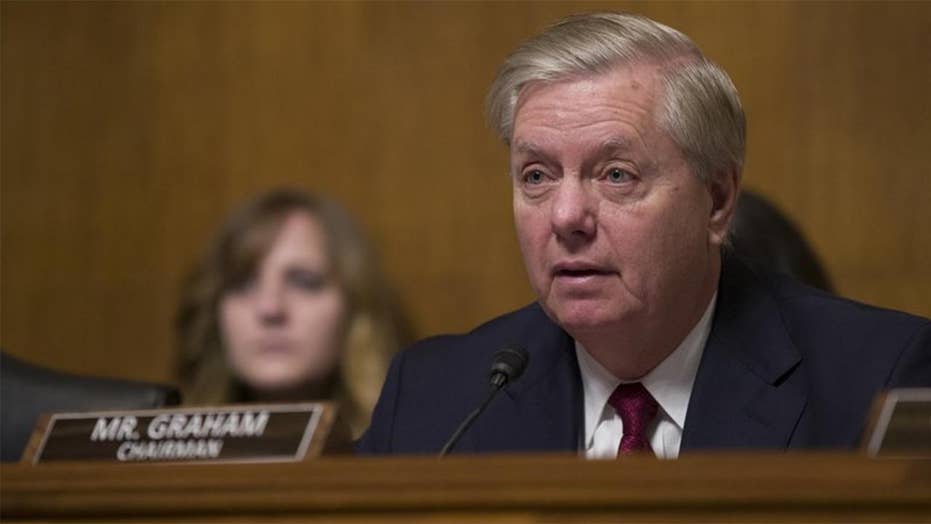 Sen. Lindsey Graham doubles down on push to investigate the Bidens after former vice president calls him out

"Let me see if I have this right," Graham tweeted. "Jerry Nadler is inviting President Trump to participate in the Judiciary Committee hearings — after all the facts were gathered in Schiff’s Intel Committee — where the president’s team was shut out.

He added that "Salem witches got a better deal than this!" Graham was referring to an invitation from House Judiciary Committee Chairman Jerrold Nadler, D-N.Y., to the president to participate in the next round of public hearings, set for Dec. 4.

In a follow-up tweet, the senator indicated the hearings would lack due process if they didn't allow Trump's team to call witnesses.

"QUESTION: Will President Trump’s team be allowed to call witnesses and introduce evidence at the House Judiciary Committee? If not, square this with due process," he said.

Republicans have complained that the House Intelligence Committee botched its hearings last week by blocking their party from calling witnesses, among other things.

Graham has adamantly defended the president since House Democrats opened an impeachment inquiry surrounding Trump's July 25 phone call with Ukraine. Democrats argue that the president pressured the eastern European nation to interfere in the 2020 election by withholding military aid until the Kiev government opened an investigation into former Vice President Joe Biden.

The president has denied any wrongdoing and accused Congress of engaging in a "Democrat Hoax."