It's socialism vs liberalism for 2020 Dems: Lindsey Graham

"You're seeing the demise of the Democratic Party," says Sen. Lindsey Graham discussing who will be President Trump's 2020

Sen. Lindsey Graham, R-S.C., claimed on “America’s Newsroom” Tuesday that "the demise of the Democratic Party" is underway, as voters headed to the polls in New Hampshire’s first-in-the-nation primary.

“The president’s in a spot where he really can't lose as this plays out,” Graham said on Tuesday. “[Former Vice President Joe] Biden’s going to win South Carolina, you’re going to have three different winners in the first three states.”

He went on to say that if the 2020 Democratic National Convention in July comes around and “if you can't find a nomination on the first round of voting, the Democratic Party as we know it is going to completely implode.”

Graham said if a nomination isn’t determined after the first round of voting, “It’s going to help President Trump get reelected.” 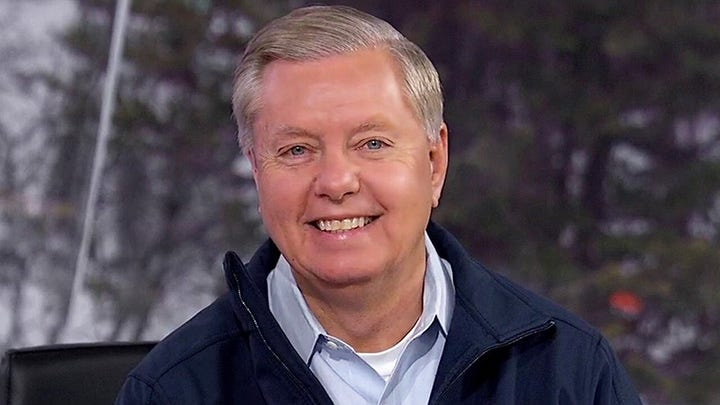 He then noted, "You’re seeing the demise of the Democratic Party that your grandfather and grandmother knew and we'll see how that affects America.”

After getting out of Iowa’s caucuses with essentially a tie with 2020 nomination rival former South Bend, Ind., Mayor Pete Buttigieg, expectations are high for self-described democratic socialist Sanders in a state where he shares home-field advantage with fellow progressive standard-bearer Sen. Elizabeth Warren of Massachusetts.

When host Sandra Smith asked Graham why he doesn’t think Klobuchar, D-Minn., can fill Biden’s spot he said, “She doesn't have the juice.”

“This is socialism versus liberalism,” he continued. “Amy is a nice person, but at the end of the day she’s not going to be able to compete with Bloomberg. He's got just too much money.”