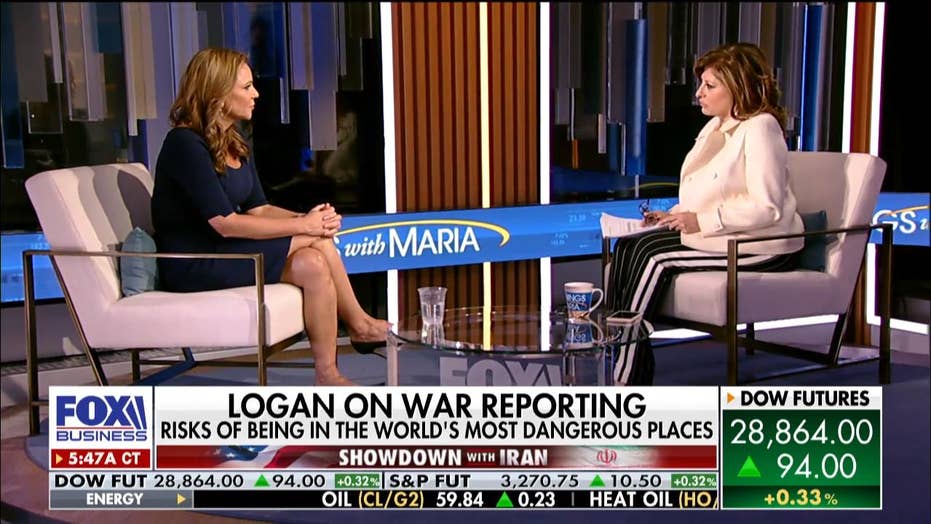 Lara Logan on overcoming brutal attack that nearly killed her: 'I'm not a victim for the rest of my life'

“Lara Logan Has No Agenda” host Lara Logan opens up about her horrible experience when reporting in Egypt and the border.

"I may have been a victim that night, but I am not a victim for the rest of my life," said veteran foreign correspondent Lara Logan describing the mindset she adopted in the aftermath of a brutal attack and rape by a mob in Cairo's Tahrir Square in 2011 -- the night that former Egyptian dictator Hosni Mubarak was overthrown.

In an interview with Fox Business host Maria Bartiromo on her show "Mornings with Maria" on Thursday, Logan talked about how the experience impacted her.

"I think that one of the most significant things for me was that... I had a conventional idea about recovery," Logan said. "That I had to prove to everybody that I was the same person I was before."

However, she noted that she became determined not to allow her attackers to define the rest of her life.

"They took more from me that night," she said, "than they deserved."

On February 11, 2011, Logan had just arrived at Cairo's airport and drove into the city, as it was erupting in celebration over the revolution that forced Mubarak to resign as president of Egypt.

Tahrir Square, in downtown Cairo, was the site of 18 days of protest against Mubarak, and now it was a scene of joy, packed with thousands of Egyptians.

Logan reported from the square without any problems for an hour. But when her cameraman's light went out, everything went wrong.

"The crowd just turned into a mob in an instant -- like that," Logan said as she snapped her fingers. The crowd tore her away from her producer, camera crew and security team.

"Camera light went down and they said 'let's take her pants off,'" remembered Logan. "I was gang-raped and sodomized and beaten for around 40 minutes and I almost died there."

After being rescued by Egyptian soldiers and driven to her hotel, Logan flew back to the United States the next day and spent four days in a Washington D.C. hospital.

Among her numerous injuries, Logan said during a 2011 interview of "60 Minutes" that "every joint in my body was distended."

"Whenever people say to me, 'how do you move on from that?'" Logan told Bartiromo. "To me, they took so much from me that night, why would I give them the rest of my life? I learned that from a South African rape victim years ago when I was a young reporter -- that, to me, is the most significant thing."

"Lara -- what courage, what strength you have to come out of that stronger and land on your feet the way you have," said Maria. "Thank you for sharing that."

Logan said that traumatic experience has informed her work as a journalist covering the horrors of sexual violence and sex-trafficking, which is a focus of her new Fox Nation series, "Lara Logan Has No Agenda."

In a new episode of  "Lara Logan Has No Agenda," Logan traveled into central Mexico to investigate a small city, named Tenancingo, which lies at the dark heart of that country's sex trade.

It is a place that most journalists would not go, and Logan and her team were harassed, threatened by Mexican police and at one point nearly chased out of the city.

The town was built on the illicit profits of sex traffickers. According to the Department of Homeland Security, millions and millions of dollars flow through the United States to Tenancingo every year.

"The girls are trafficked to that town and used in Mexico in serialized rape -- we call it prostitution but really it is rape -- and many of them are trafficked right here into New York City. This is the number one destination for the Tenancingo trafficking."

Logan and her team were able to secure an interview with a Tenancingo pimp and two women under his control.  In a interview on "Fox and Friends" on Tuesday, Logan described the sitdown as "unbearable" and her own personal experience was in her thoughts.

"What keeps me going is knowing that someday I'm going to get out of here," she replied, saying that she hopes for a happy reunion with her family, although even that is uncertain to her.

"Sometimes I have the fear that if that day comes and I go back to my family that they won't want me," the women said through tears.

"It was hard to end the conversation knowing I would have to watch them leave," Logan narrated in the Fox Nation show. "I could not imagine a life of being raped night after night with no end."

"What we learned reporting this story is that our failure to stop the Mexican cartels only makes them stronger," Logan concluded. "Many here say Mexico has lost the fight and the U.S. doesn't even know it's at war."

The four-part docuseries "Lara Logan Has No Agenda," which is focused on immigration, socialism, media bias and veterans, is available exclusively on Fox Nation.