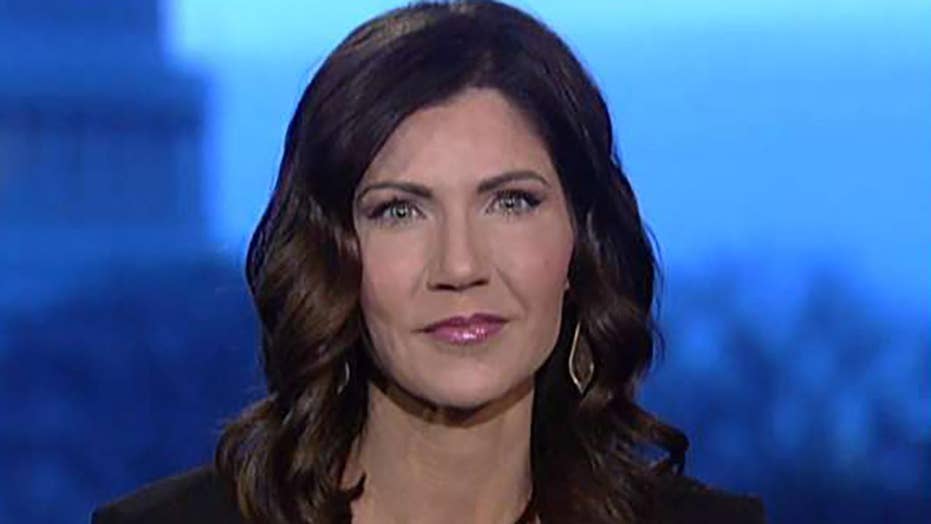 Republican Gov. Kristi Noem praises President Trump for following through on his word to get a fair trade deal with China.

South Dakota Governor Kristi Noem said on Thursday that the China trade deal signed by President Trump shows a “complete example of what the Republican and Democratic parties are about.”

“The Democrats are playing games,” the Republican governor told “Fox & Friends," highlighting the contrast between Trump signing the deal at the same time House Democrats were sending articles of impeachment to the Senate.

“They’re taking unprecedented action to destroy, really, our democracy in a way that hasn’t been done before and at the exact same time, the president never left his foot off the gas in fighting for everyday families,” Noem said.

NEIL CAVUTO ON TRADE DEAL: IF CHINA FOLLOWS THROUGH, IT'S A 'VERY BIG WIN' FOR TRUMP

President Trump signed a landmark trade agreement with China Wednesday, heralding a period of detente in a trade war between the world's two largest economies fueled by decades of complaints that Beijing was manipulating its currency and stealing trade secrets from American firms.

The pact, detailed in a 94-page document, is only the initial phase of a broader deal that Trump has said may come in as many as three sections. 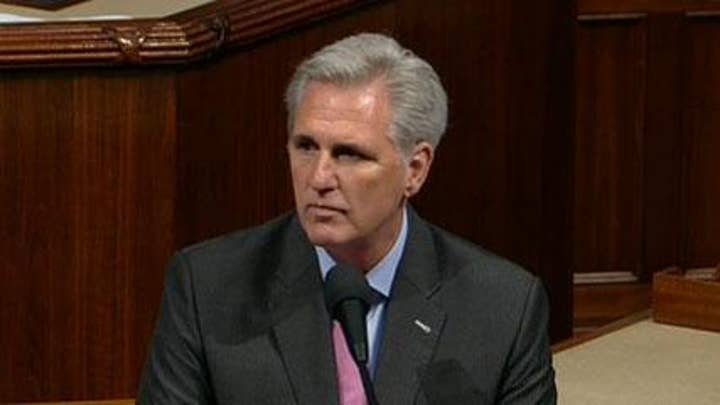 Noem said that despite the “distractions” surrounding Trump, he has “fulfilled” a promise made two years ago to renegotiate the trade agreement and commended the commander-in-chief for protecting farming interests in the U.S.

Noem also said that she brought a pork and soybean producer to the White House for the event.

“For them, this is real-life stuff that the president is doing for them and for their families. That they’re going to take back and use to continue keeping their families farms together, growing our food here in this country, and then marketing and having influence in other countries where we just didn’t have it before,” Noem said.

The agreement, which was first reported on Dec. 12, includes commitments from Beijing to halt intellectual property theft, refrain from currency manipulation, cooperate in financial services and purchase an additional $200 billion of U.S. products over the next two years.

The purchases will include up to $50 billion of U.S. agriculture, according to Trump and Treasury Secretary Steven Mnuchin, $40 billion of which has been confirmed by Chinese sources. China will also buy $40 billion in services, $50 billion in energy and $75 billion to $80 billion worth of manufacturing, the sources said.