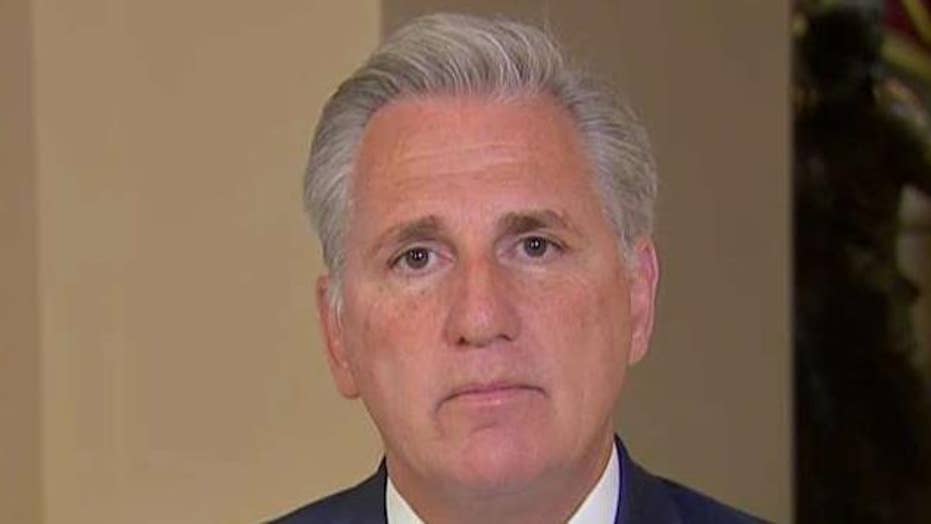 Rep. McCarthy: Schiff has made impeachment inquiry all about him

Ahead of the first public impeachment hearings, Republican House Minority Leader Rep. Kevin McCarthy sounds off on 'Fox &amp; Friends' on what he says is a lack of due process for President Trump.

As House Democrats ramp up their impeachment push with public hearings starting on Wednesday, House Minority Leader Kevin McCarthy argued that it’s merely their effort to avoid facing President Trump in the 2020 election.

“We’ve never had an impeachment in the first term. They are so afraid of facing the president in the election, they’re trying to frame him,” McCarthy, R-Calif., told "Fox & Friends."

“They’ve [House Democrats] already accused him of being guilty and they keep changing the term because they’re trying to find a crime."

With the bang of a gavel, House Intelligence Committee Chairman Adam Schiff, D-Calif., will open the impeachment hearings Wednesday into Trump's alleged pressure on Ukraine to investigate the 2020 presidential candidate Joe Biden's dealings in the country. 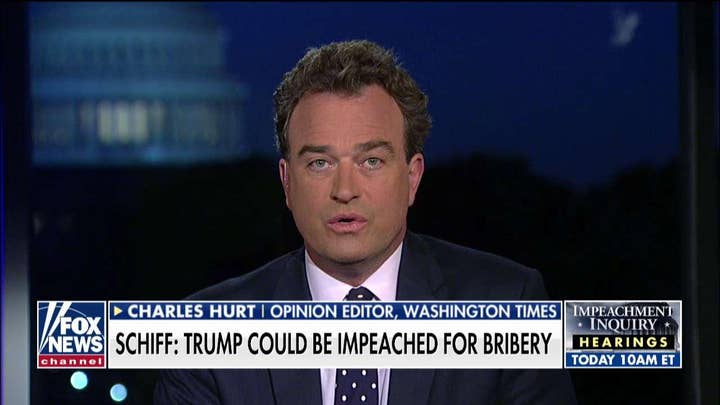 The former vice president has boasted about pressuring Ukraine to fire its top prosecutor, as his son Hunter Biden held a lucrative role board of a Ukrainian natural gas company despite having little relevant expertise.

Schiff, in a memo and open letter to colleagues on the eve of Wednesday's proceedings, outlined some of the rules -- including that members not assigned to the Intelligence Committee were not permitted to make statements or question witnesses, but were allowed to sit in the audience.

McCarthy said there has never been “something so partisan” and that the impeachment inquiry is a “pure” setup by Schiff. 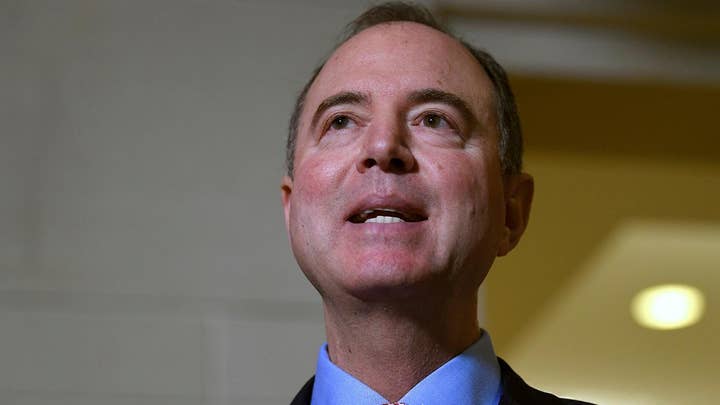 “There’s no due process, the president’s attorney is not in the room, cannot cross-examine, we can not have our witnesses, we can’t have a whistleblower who this all started from, an individual who was not even on the phone call,” McCarthy said.

A whistleblower's complaint about Trump's July 25 telephone call with Ukrainian President Volodymyr Zelensky ignited the impeachment investigation. During the hearing Wednesday, a key exchange during that 30-minute call, which has been outlined in a Sept. 24 transcript released by the White House, could take center stage. Zelensky has said he felt no pressure during the call.

Fox News’ Gregg Re, Chad Pergram contributed to this report.