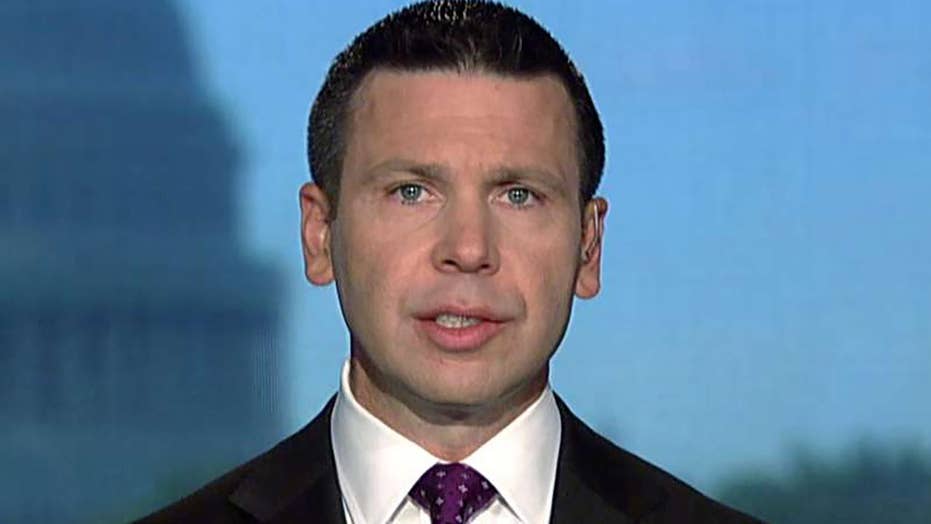 McAleenan reacts to being shouted off stage at Georgetown Law School

Acting Secretary of Homeland Security Kevin McAleenan speaks out on 'Fox &amp; Friends' after the incident in Washington, D.C.

Acting Department of Homeland Security (DHS) Secretary Kevin McAleenan said Wednesday that he was "disappointed" but "not surprised" after getting shouted off the stage by protesters at Georgetown Law Center's annual immigration conference.

Appearing on "Fox & Friends," McAleenan told hosts Steve Doocy, Ainsley Earhardt and Brian Kilmeade that, "part of the irony here is that this is supposed to be a group of immigration law experts who wanted to hear the facts of what's happening on the border. The facts of what's broken about our immigration system."

"I was going to challenge them on how we could talk and start a dialogue about how to fix it," said McAleenan. "But, apparently [I] didn't get that opportunity."

"I was there [for] probably eight minutes," he surmised. "I wasn't going to be intimidated or deterred and we had a good message to share." 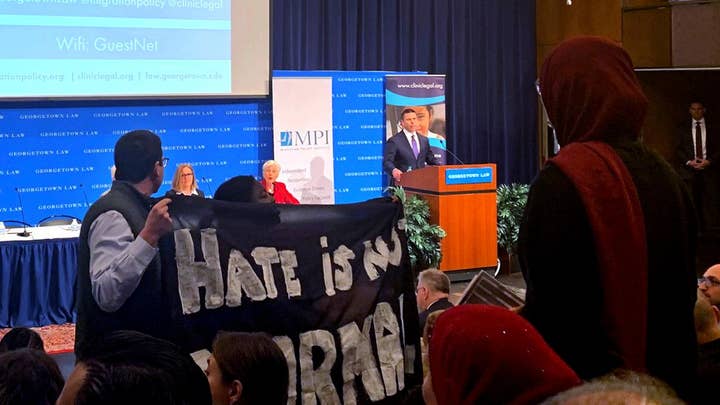 McAleenan said that he had wanted to challenge those "operating in the immigration law space, especially on the advocate and activist side, to show them what's broken about this system and why we still need Congress to act to help fundamentally change the dynamic."

However, when it was clear that Georgetown Law Center was "not going to change that direction of that dialogue," McAleenan recognized it was "time to go."

The Law Center has since released a statement sharing McAleenan's regret, saying "Georgetown is deeply committed to freedom of speech and expression."

In a written statement released afterward, DHS echoed those concerns: "The First Amendment guarantees all Americans the right to free speech and assembly. Unfortunately, that right was robbed from many who were scheduled to speak and attend today’s event at Georgetown. Unfortunately, the Acting Secretary and the audience did not get the opportunity to engage in a robust dialogue this morning due to the disruptions of a few activists."

The DHS, which published the secretary's prepared remarks, said those in attendance would have "learned more about DHS’s successful strategy to work with international partners to reduce unlawful migration and end the exploitation of children by smugglers and cartels, and then they would have had the opportunity to participate in an unmoderated question and answer session."

Nevertheless, McAleenan said that the department would continue on and "make progress on the agenda," boasting strengthened partnerships with Mexico and Guatemala to stem the tide of migrants at the southern border.