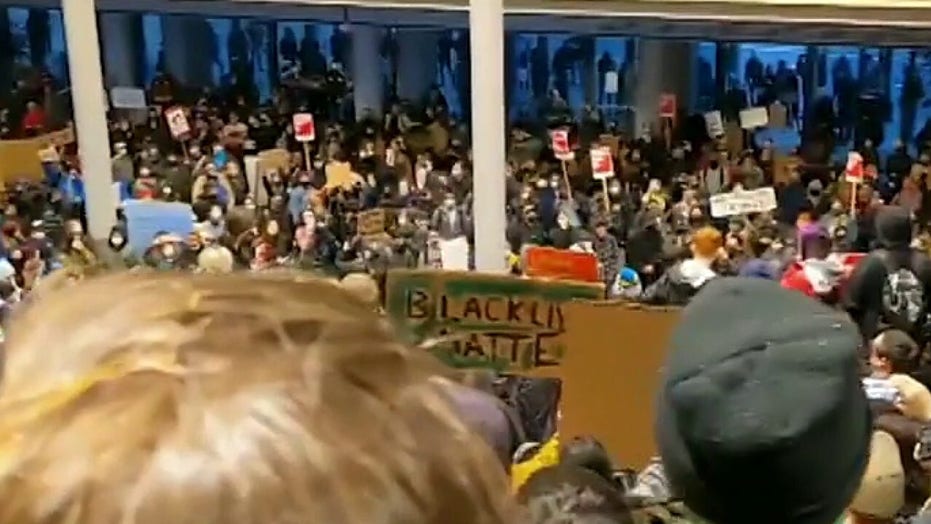 Trump says he won't let Seattle be occupied by anarchists; reaction and analysis on 'The Five.'

Fox Business Network host Kennedy warned on "The Five" Friday that the demands made by Seattle demonstrators who have occupied six blocks of the city's Capitol Hill neighborhood and declared it a "cop-free zone" would result in "fascist outcomes."

"I grew up in Portland. I lived in Seattle. I love the weirdo atmosphere," Kennedy said. "But this has gone so far beyond that, because what you're seeing is really a totalitarian takeover of people who want a one-party state.

"There's no longer freedom of expression or free exchange of ideas," she added. "And it seems to me, as you talk about gentrification, what does that mean? How do you write something like that down? If you're passing something through the city council, you don't. How does a local government mandate something like degentrification? And that's the problem with these broad terms, is they ultimately have fascist outcomes."

Co-host Greg Gutfeld criticized the protesters' demands but repeated that he gave them credit for living out their ideology.

"You can't make demands when you're seceding, right? I don't understand that. This is not a divorce. You're leaving the country, so the demands are off the table," Gutfeld said. "OK, so here, I'm going to be fair. The bad thing about this is they're doing it on other people's property. That's wrong. The good thing is they're experimenting. They're putting their money, which they have none, where their mouth is. So if they actually do OK, maybe they can get some land and leave us alone.

"And again, I respect them more than the people like John Legend, who are pushing for defunding the police from their gated mansions. At least these freaks are going out and give it a shot," Gutfeld added. "But the thing that is lost on the left ... places where there is little law and order is not freedom ... If you go to Sudan, it's ruled by criminals and warlords because they have no security."

Co-host Juan Williams said he disagrees with both the media portrayal of the protesters as well as President Trump's perception of them.

"I think this is an expression of young people who are frustrated [at] the high cost of higher education in this country. But look, this is all to me, just a political play," Williams said. "And it's morally selective outrage by a president who wants to paint these young people as anarchists and terrorist."