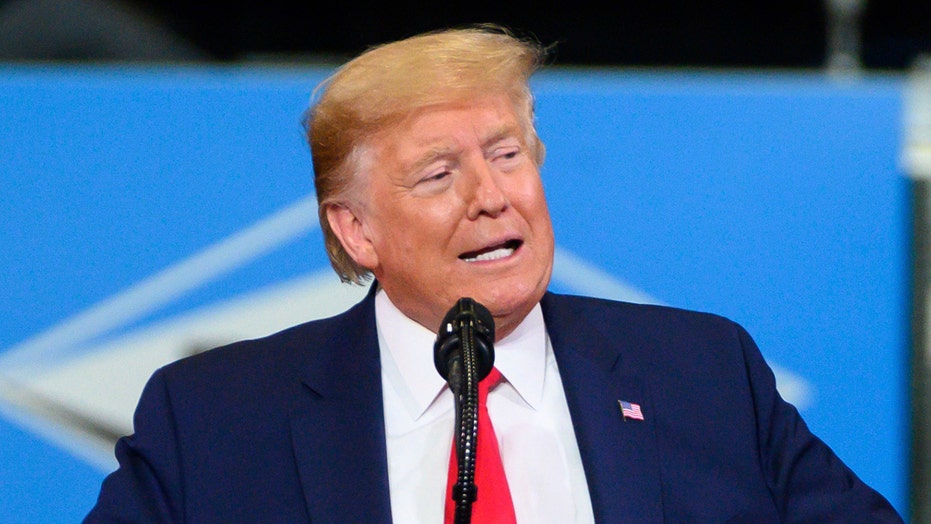 Trump touts resurfaced videos that raise questions about the credibility of John Bolton and Adam Schiff; reaction and analysis on 'The Five.'

"The Five" discussed the ongoing topic of whether witnesses should be called in the Senate impeachment trial of President Trump Thursday and whether or not a resurfaced interview of former National Security Adviser John Bolton exonerates the president from claims Bolton reportedly made in the manuscript of his forthcoming book.

"I think to myself ...  if Bolton is exonerating the president, why wouldn't the president and his team want Bolton to come before the American people, before the impeachment trial and testify?" co-host Juan Williams said. "But, of course, we all know that's not the case. He doesn't want Bolton anywhere near this. He, in fact, is putting up every roadblock to stop Bolton from testifying. And he continues to refuse to release any material."

"So this is all showmanship and he's terrific at showmanship," Williams added. "Donald Trump can put on a show."

In an August interview with Radio Free Europe/Radio Liberty, Bolton made no mention of any illicit quid pro quo, and acknowledged, as Republicans have claimed, that combating "corruption" in Ukraine was a "high priority" for the Trump administration.

Bolton also called Trump's communications with Ukrainian President Volodymyr Zelensky "warm and cordial," without mentioning any misconduct. It seemingly contradicted reported assertions in Bolton's forthcoming book that Trump explicitly told him he wanted to tie military aid to Ukraine to an investigation into Joe and Hunter Biden.

Trump tweeted the interview Wednesday and declared, "GAME OVER!"

The White House has told Bolton not to publish his tell-all about his time in the Trump administration until classified material is removed from the manuscript, according to a letter obtained by Fox News.

Fox Business Network's Kennedy noted that Bolton can't have it both ways.

"He can't be a patriot and a compromiser at the same time. So it's one of the other. And I actually wouldn't mind hearing from John Bolton," Kennedy said. "I want to know how he can square some of the salacious things that he has reportedly written in this book with, you know, saying that the president was 'warm and cordial.'"

"So either he's not a patriot and he was just disseminating propaganda on behalf of the president because he's totally compromised himself, or somewhere in here he's lying," Kennedy added.

Fox News Gregg Re and Talia Kaplan contributed to this report.