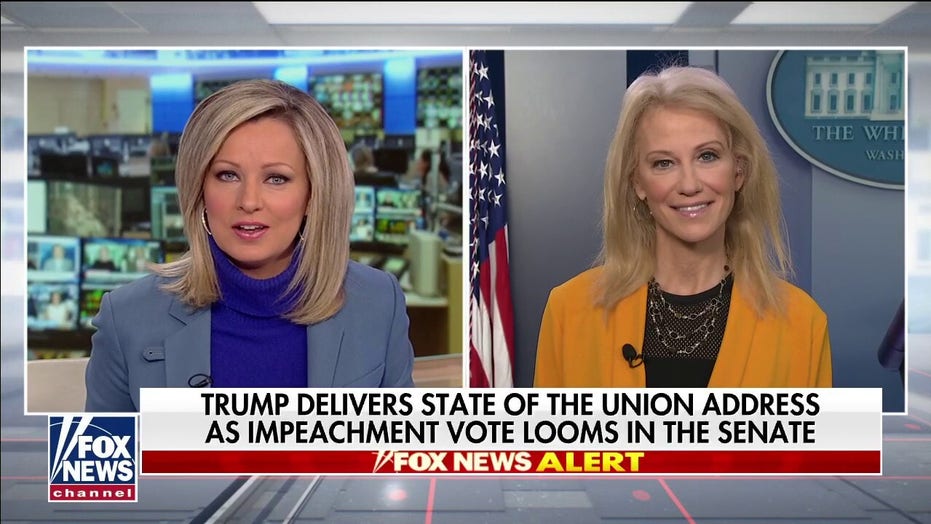 "I think that she should either be censured or I believe the same woman who led a resolution in the House to denounce a tweet last summer -- there ought to be a Senate resolution denouncing her behavior last night," said Conway.&nbsp;

Appearing on "America's Newsroom" with host Sandra Smith, Conway said Wednesday that the conduct of Pelosi, D-Calif., and Democrats was disheartening.

"I think it's very disappointing for the people to literally watch Democrats sitting on their hands," she remarked.

"Nancy Pelosi [is] shredding the memory of Kayla Mueller, shredding 100-year-old Tuskegee airmen, shredding little two-year-old Ellie [Schneider] who was born at 21 weeks and six days. and the list goes on and on..." Conway said, referring to the president's guests in attendance during the speech. 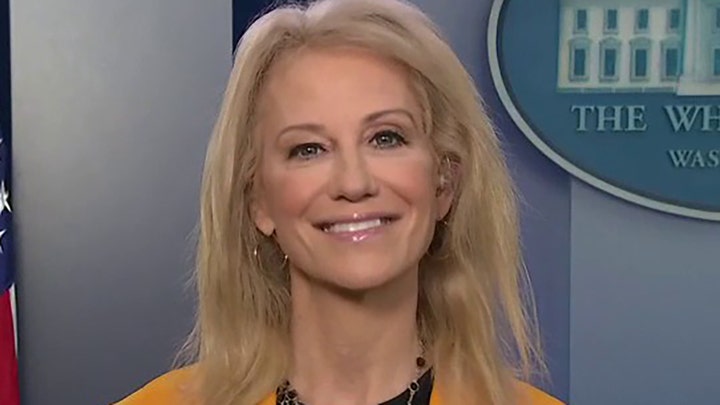 At the end of Trump's third State of the Union address, Pelosi haphazardly ripped her copy of his speech in half. She would later release a statement -- which she echoed to reporters on Capitol Hill -- saying that the president's message to the country was not only deceitful but exposed a commander-in-chief unfit to hold office.

"The manifesto of mistruths presented in page after page of the address tonight should be a call to action for everyone who expects truth from the president and policies worthy of his office and the American people," she wrote. "The American people expect and deserve a president to have integrity and respect for the aspirations for their children."

However, Conway suggested Pelosi's behavior during President Trump's State of the Union address was unbecoming of her office.

"I think it shows you how petty and peevish and partisan and the Democratic Party has become," Conway told Smith. "What's wrong with her? Who mutters to themselves over the State of the Union?"

"She looked like she was reading the Cheesecake Factory menu all night going through every single page," she added. "I think that she should either be censured or I believe the same woman who led a resolution in the House to denounce a tweet last summer -- there ought to be a Senate resolution denouncing her behavior last night."