The cease-fire established between Turkey and Syria with the help of Secretary of State Mike Pompeo and Vice President Mike Pence was an "amazing accomplishment," but the situation is not yet fully rectified, Karl Rove said Thursday on "The Daily Briefing."

"It's a pretty amazing accomplishment by Pompeo and Pence to get the cease-fire," he said. "We are at the start of it. 120 hours for people to withdraw from the affected region, five-day cease-fire. At the end of the day, we have to be aware of two things. One is the credibility of the United States as the steadfast ally is going to be called into question.

"The Kurds are now allied not with the United States but with Russia and the Assad regime in Syria," Rove continued. "Our influence in that country is going to be virtually nil. The president wants to get us out of the Middle East. I'm not sure having us replaced by Iran and Russia is necessarily a good thing. We are where we are and we will see how it plays out." 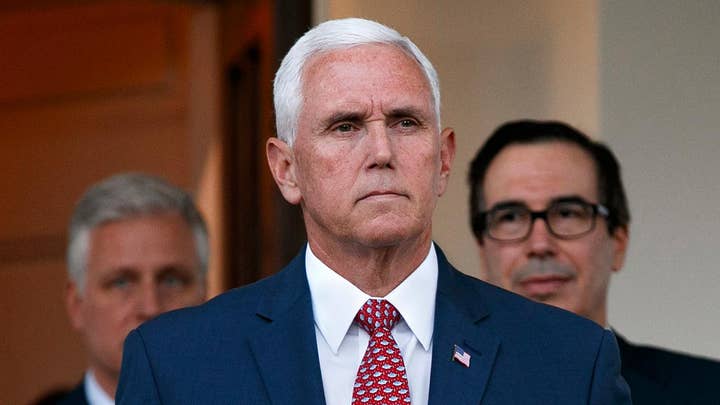 Last week, President Trump sent a letter to Turkish President Recep Tayyip Erdogan encouraging him to "work out a good deal," threatening to "destroy" Turkey's economy if the Erdogan regime continued its aggression against the Kurds.

"Don’t be a tough guy. Don’t be a fool!" Trump wrote in the letter made public Wednesday.

It was reported by the BBC Thursday that Erdogan "thoroughly rejected" the letter and threw it in the trash. But, hours later, Pence announced the planned cease-fire.

The deal is for a 120-hour cease-fire, during which time the Kurdish-led forces could pull back from the roughly 20-mile-wide safe zone on the Turkish-Syrian border. All Turkish military operations under the recent offensive known as Operation Peace Spring are to pause during that time, and the operation itself will come to an end entirely upon the completion of the Kurdish withdrawal, under the terms of the deal.

In addition to agreeing to the terms of a cease-fire, both the U.S. and Turkey "committed to defeat ISIS activities in northeast Syria," Pence announced during a news conference.