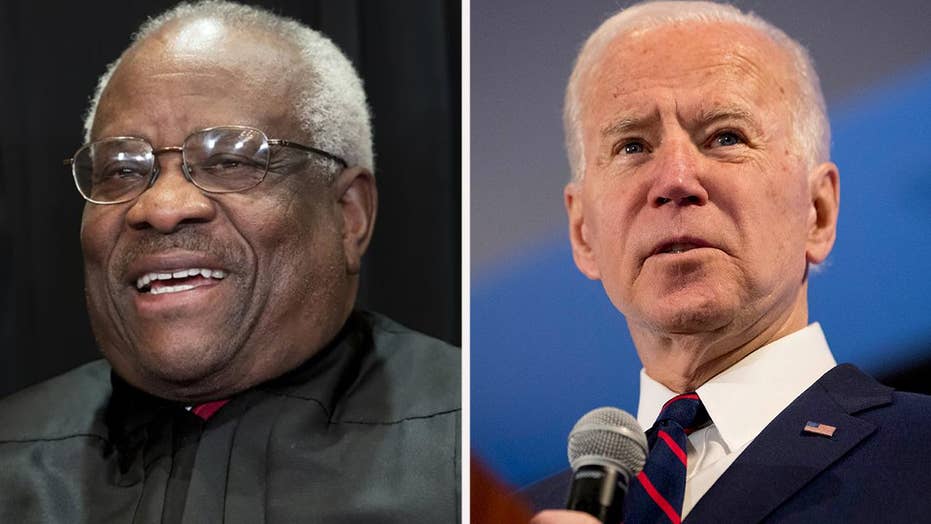 Insight from Michael Pack, director of 'Created Equal: Clarence Thomas in His Own Words.'

The director of a forthcoming documentary on the life of Supreme Court Justice Clarence Thomas says the film will give the American people the chance “to hear his very remarkable life story directly.”

Michael Pack, the director of "Created Equal: Clarence Thomas in His Own Words," told “Fox & Friends” Monday that he had "conducted over 30 interviews with him [Thomas] and his wife over a six month period and they are the only people interviewed in the film."

In the documentary, which premieres nationwide Jan. 31, Thomas reflects on his contentious 1991 confirmation hearing and shares his thoughts about Joe Biden, who was the chairman of the Senate Judiciary Committee at the time.

"I understood what he was trying to do," Thomas says of an instance when Biden asked him a question about "natural law" -- which Thomas described as a thinly veiled attempt to probe at his views on abortion. "I didn't really appreciate it." 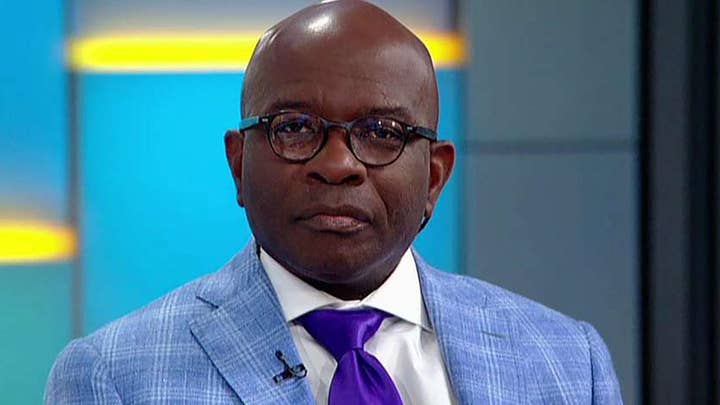 "One of the things you do in hearings is you have to sit there and look attentively at people you know have no idea what they’re talking about,” Thomas adds, in an apparent reference to Biden's questioning.

Manifold Productions described the documentary as a way to "tell the Clarence Thomas story truly and fully, without cover-ups or distortions." It reportedly offers Thomas' reflections on what was perhaps the most contentious Supreme Court confirmation process before Brett Kavanaugh’s.

“He came from really dire poverty in Savannah, raised by his grandfather and then, at some point, he rebelled against that and became a radical leftist, as he said, ‘never a liberal, just a radical,’” Pack told host Steve Doocy. “A chunk of the film tells his journey back from being sympathetic to the [Black] Panthers and Marxism to where he is today to voting for Ronald Reagan.”

He added, “It’s a remarkable story on many, many levels.”

In the documentary, Thomas also addressed Anita Hill's accusations of sexual misconduct by him.

"Do I have like stupid written on the back of my shirt?" he says. "I mean come on. We know what this is all about." 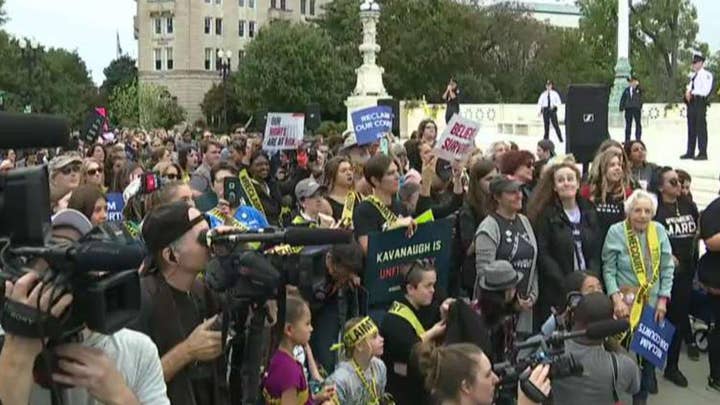 "People should just tell the truth: 'This is the wrong black guy; he has to be destroyed','" Thomas adds. "Just say it. Then now we're at least honest with each other."

He added that the goal of his opposition was to "get rid" of him and then "undermine" him.

“Joe Biden in the first part of the hearings, before Anita Hill’s charges were leaked, asked Clarence Thomas lots of questions about natural law,” Pack said on Monday. “But Justice Thomas felt, I think rightly, that the whole point was to get him to say something about abortion, they went into [a] long physical argument, but the real point was abortion.”

In addition to its nationwide theatrical release, the film will also air on PBS this May.