Douglas Blair: Pro-choice rallies 'one of the scariest things I've ever witnessed'

Douglas Blair, news producer for The Daily Signal, explains what he witnessed at protests outside Supreme Court justices' homes.

Douglas Blair, a news editor for The Daily Signal, said the pro-choice protests outside Supreme Court Justice Kavanaugh's home were "one of the scariest things" he's ever witnessed. On "Fox & Friends" Monday, he called the protests an "attempt at intimidation" and pointed out the Biden administration's failure to condemn the demonstrations.

DOUGLAS BLAIR: This is an attempt at intimidation. And I think it really says a lot, too, that the Biden administration is willing to absolutely let these justices out to dry. They're not going to say, 'It's not acceptable for you to go to somebody's house and yell and scream.' That's not how we do it in this country. …

I did not see Justice Kavanaugh. My hope is that he wasn't home. My hope is that he was safe with his family somewhere else because it was genuinely one of the scariest things I've ever witnessed. Watching these people yell and scream and try and change the vote of what is most possibly the most important vote in the history of this country: the right to live your life and to have a human being survive in the womb. 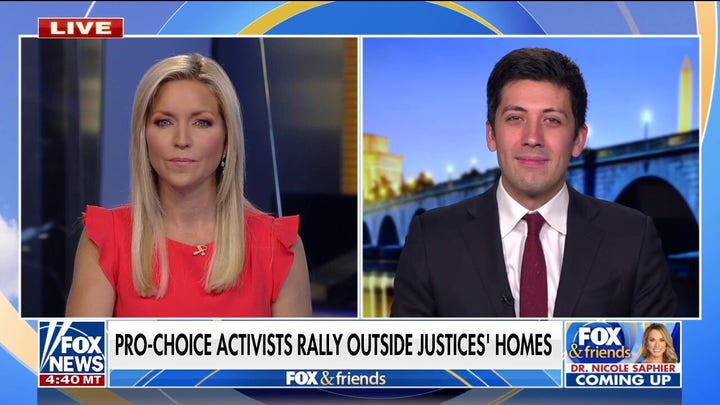