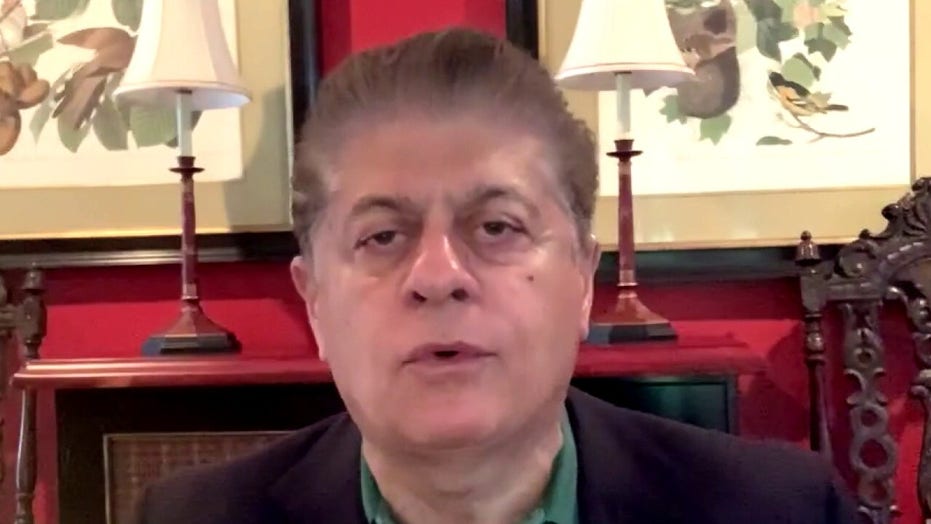 Judge Napolitano: NJ governor is a 'fraud,' making up his own laws

In an interview on "Fox & Friends," Napolitano said that while Murphy has "violated rules that he himself has promulgated" -- noting that Murphy's attorney general, Gurbir Grewal, has "dismissed thousands of summonses that police have issued for violating the governor's wishes" --  he's "determined to make an example out of these gym owners."

"So, the governor tried to get the public utilities -- the electricity and the water turned off -- and the electric company and the water company said, ‘Forget about it; these guys have prepaid for three months. We’re not turning it off,'" the judge explained.

"Then, the governor hired a locksmith to break into the gym and change the locks. The owners came by with their own locksmith and got back in their gym with their locks. Then they lived in the gym. Then they socially distanced everybody in the gym at 25 feet. Not six – 25," he continued. "And still, they’re going to jail.

"It's not right. It's not fair. The governor can't make up his own laws," Napolitano said.

Atilis Gym co-owner Ian Smith does pushups outside the storefront in Bellmawr, N.J., Monday, May 18, 2020. The gym in New Jersey reopened for business early Monday, defying a state order that shut down nonessential businesses to help stem the spread of the coronavirus. (AP Photo/Matt Rourke)

Ian Smith and Frank Trumbetti are fighting back against Murphy during a months-long battle over reopening restrictions amidst the COVID-19 pandemic.

However, last week a state judge ruled that New Jersey authorities can shutter their facility, and the pair were found in contempt of court. Smith and Trumbetti were arrested on Monday.

Napolitano told the "Friends" hosts that the pair had been arrested for failing to comply with the judge's order -- not Murphy's.

"The governor and his lawyers succeeded in persuading a judge – [the] same court that I once sat in, though in a different part of the state -- to close the gym. When he opened it up in defiance of the judicial order, he was arrested and will be prosecuted," he said. 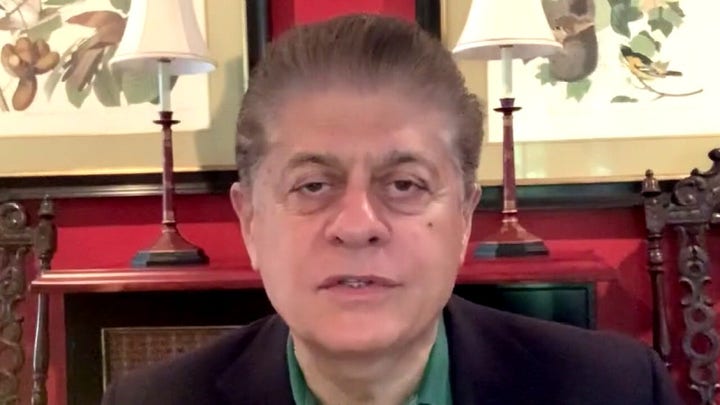 "This is what’s called a ‘disorderly persons offense.’ It's not even a criminal offense. The maximum time in jail is 90 days. For a first offender, you never go to jail for 90s days," Napolitano added.

If Smith and Trumbetti appeal their case to the Supreme Court of New Jersey, Napolitano believes the Supreme Court will "invalidate the governor's whims and argue that the judge in this case had no business turning those whims into a judicial order."

"Put aside the governor's...personal defects. He can't write the law and he can't punish people for violating what he has written," he said. "That's what the Supreme Court of New Jersey will do.

"If it doesn't, then it's going to go to the Supreme Court of the United States," Napolitano concluded. "It will be a monumental case."