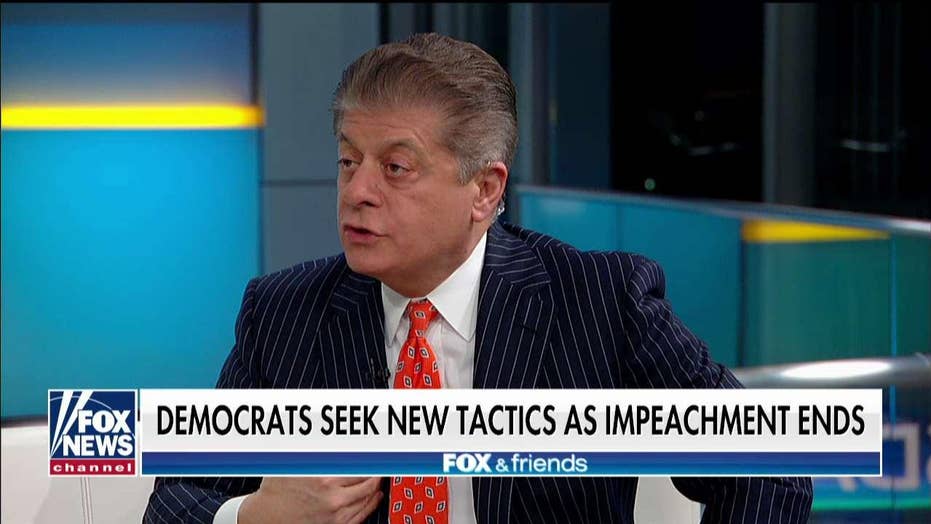 Judge Napolitano: Could impeachment round II be in the cards?

Judge Napolitano told 'Fox &amp; Friends' that, even after President Trump's acquittal in the Senate impeachment trial, the battle might not be over.

Despite President Trump's acquittal in the Senate impeachment trial Wednesday, House Democrats who spearheaded the effort may try to impeach the president again because there's no "double jeopardy protection" for impeachment, according to Fox News senior judicial analyst Judge Andrew Napolitano.

Napolitano said House Intelligence Committee Chairman Adam Schiff, D-Calif., and House Judiciary Committee Chairman Jerrold Nadler, D-N.Y. – who have been talking to reporters about subpoenaing witnesses, like former national security adviser John Bolton, after the president's acquittal – seem to be acting with this in mind.

"Stated differently," Napolitano told "Fox & Friends" on Thursday, "they could impeach him again if they want – notwithstanding the political fallout which I think would be horrific – for the exact same offense with the exact same evidence and perhaps more evidence."

"I cannot imagine that there is an appetite for this anywhere in the country, except in certain deep pockets which do not dominate in the House of Representatives," Napolitano added.

On Wednesday, the Senate overwhelmingly acquitted President Trump on both articles of impeachment, rejecting Democrats' claims that President Trump's phone call with the president of Ukraine back in July and his handling of congressional subpoenas merited his removal from office. 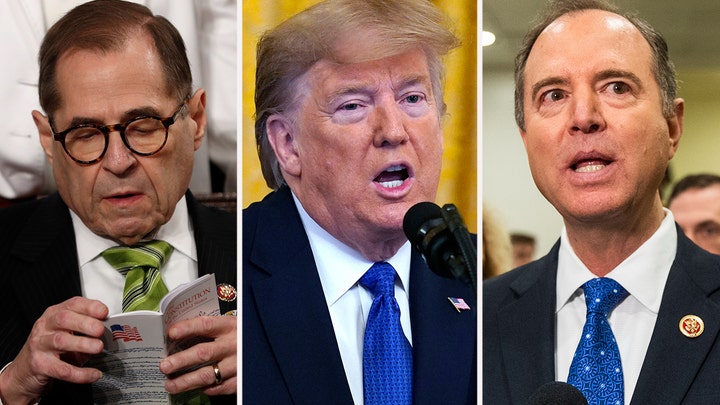 The only party defection was on the abuse of power charge from Sen. Mitt Romney, R-Utah, who declared hours before the final vote that Trump had engaged in as "destructive an attack on the oath of office and our Constitution as I can imagine." Romney voted not guilty on the obstruction charge.

By a final vote of 52-48 against conviction on the abuse of power charge and 53-47 against conviction on the obstruction charge, the Senate fell far short of the two-thirds, 67-vote supermajority needed to convict and remove the president. Swing-vote Republican senators – including Lisa Murkowski of Alaska, Susan Collins of Maine, and Lamar Alexander of Tennessee – voted to acquit on both counts.

"I mean, the key in all of this was the vote not to hear witnesses," said Napolitano. "The Democrats' hope was something would come out of the mouth of one of the witnesses which would turn everything around.

"But when they barred live witnesses – and we knew that the evidence the House had wasn't enough to persuade Republicans in the Senate – it was just a matter of time," he told the "Friends" hosts.