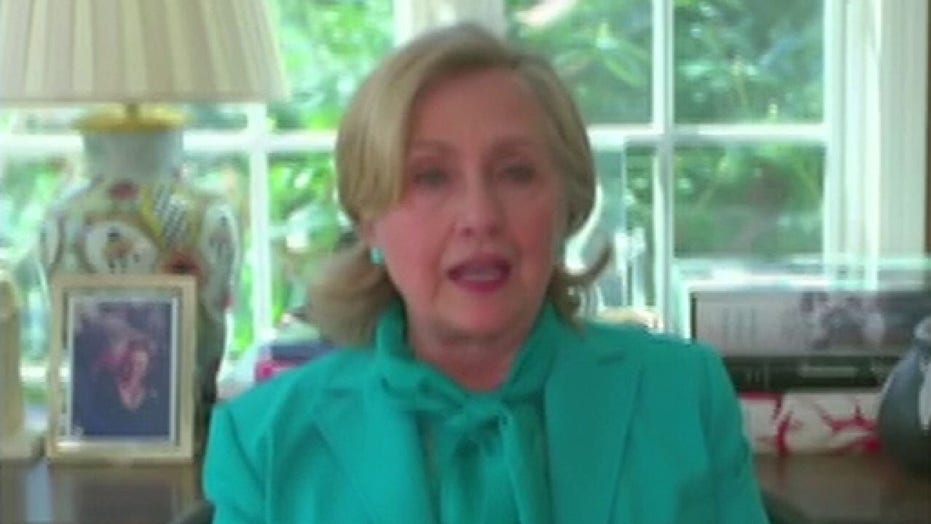 "Hillary Clinton endorsing Joe Biden when he's being accused of ... not sexual harassment but sexual assault, is like the kiss of death," Pirro said. "The woman is literally a standard-bearer, the magnet, the enabler, for sexual predators."

The "Justice with Judge Jeanine" host said Clinton had covered for her husband Bill when he was "credibly accused of raping Juanita Broaddrick, who had a busted lip, disheveled clothes and made an immediate outcry."

Pirro also verbally cited Hillary Clinton for "laughing about the rapists who raped a 12-year-old into a coma, or her emails that were found on [former Rep.] Anthony Weiner's, laptop -- or Jeffrey Epstein or hanging out with [Harvey] Weinstein when everyone in Hollywood knew what was going on."

"This woman is a woman who does not stand for women," Pirro concluded. "For her right now to endorse Joe Biden is really to ignore what all of the '#MeToo' movement has been talking about when they yelled at us during the Brett Kavanaugh hearings. 'All women need to be believed' -- except if they're Republican [or] if they're accusing a Democrat."

Pirro then considered the allegation made against Biden by former staffer Tara Reade from her perspective as a former prosecutor and judge.

"[A recent 'outcry' is] admissible evidence and the jury is allowed to find the victim more credible if she made an outcry," she said.

"Tara Reade also made an outcry to her mother, her brother, her friend and, we found out yesterday, her neighbor who supports Joe Biden, but who says Tara Reade doesn't lie."

Pirro noted Dr. Christine Blasey Ford's claims against Brett Kavanaugh during his Supreme Court confirmation process were uncorroborated while Reade has confirmed that her mother called into CNN's "Larry King Live" program in 1993 describing "problems" her daughter had with "a prominent senator."

"This is just politics -- pure unadulterated politics," she said. "It's about power -- supporting people who you want to be empowered. It has nothing to do with women and protecting women in the system."