Judicial Watch’s lawsuit comes following the Justice Department’s failure to act on two of the group’s Freedom of Information Act (FOIA) requests. The group is seeking all records regarding the bureau’s probe of Weiner’s laptop, records retrieved from that laptop, and all records of communications between FBI officials regarding Clinton’s knowledge of “illicit activities” involving Weiner.

“The Anthony Weiner laptop-Clinton email cover-up by the Obama DOJ and FBI is central to uncovering the corrupt politicization of those agencies,” Judicial Watch President Tom Fitton said in a statement Tuesday. “The same FBI that provided cover for Hillary Clinton was going full bore against then-candidate Trump and this lawsuit aims to uncover the full truth about that corruption.”

Weiner, who was married to top-Clinton aide Huma Abedin, was convicted in a sexting scandal. Weiner’s sexting habits, of sending sexually explicit photos to teenage girls, entered criminal territory when he sent illicit messages to a 15-year-old girl. Last year, he was sentenced to 21 months in prison. 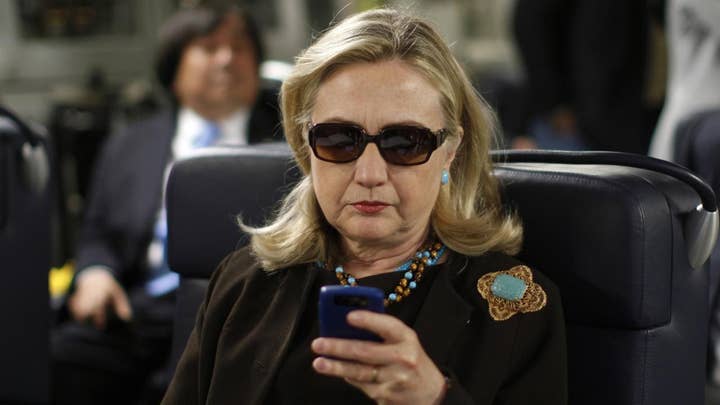 The investigation into his inappropriate sexting behavior infamously intersected with 2016 presidential election and the bureau’s Clinton email probe, when FBI agents acquired Weiner’s electronic devices and uncovered a new batch of emails between Clinton and Abedin.

The discovery led the FBI to revisit the investigation into Clinton’s use of a private email server while conducting official government business while secretary of state. Based on the Weiner laptop revelations, former FBI Director James Comey unilaterally announced the reopening of the Clinton email investigation on October 28, 2016—just days before the presidential election.

Earlier this year, Fox News obtained text messages between former FBI Special Agent Peter Strzok and his lover, former FBI official Lisa Page, which suggested that as of Sept. 28, 2016, they and former Deputy FBI Director Andrew McCabe were aware of the new emails found on Weiner’s laptop during the criminal investigation into his relationship with a minor.

“Got called up to Andy’s earlier…hundreds of thousands of emails turned over by Weiner’s atty to sdny, includes a ton of material from spouse. Sending team up tomorrow to review…this will never end…,” Strzok wrote in a text message to Page. 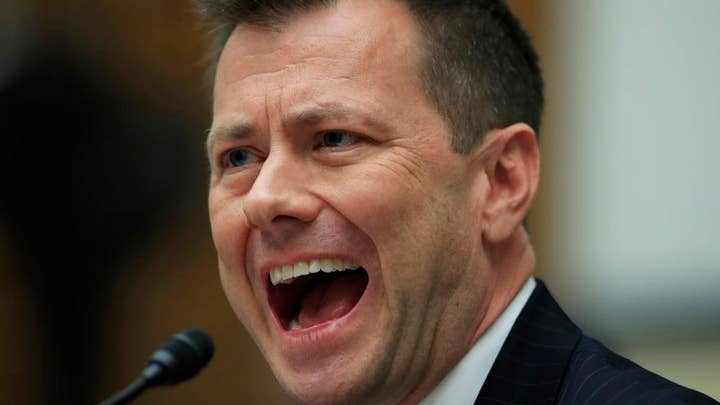 The “spouse” Strzok was referring to was Abedin.

“Turned over to them why?” Page replied.

“Apparently one of his recent texting partners may not have been 18…don’t have the details yet,” Strzok wrote. Page responded noting the young woman “was 15.”

But it wasn’t until Oct. 25, 2016 that Comey was briefed on the discovered emails.

The text messages and testimony this year from top FBI officials provide further details about when and how those emails were discovered, and who at the FBI knew.

According to testimony released in March from an Office of Special Counsel interview with former Comey Chief of Staff James Rybicki, McCabe’s office did not notify him until the night of Oct. 26, 2016 of the need to brief Comey on “something related to mid-year exam,” the FBI’s case name for the Clinton email investigation.

The OSC also interviewed FBI’s deputy general counsel, Trisha Anderson, who testified that Comey was briefed on the material on Weiner’s laptop on Oct. 27, 2016.

Anderson noted that the director’s office decided a search warrant was needed “urgently.”

The bureau's handling of Clinton's emails on Weiner's laptop remains one of the most controversial aspects of the FBI's Clinton email probe. Some have accused the FBI of sitting on the emails, while Clinton and her allies have faulted Comey for announcing the discovery days before the election.