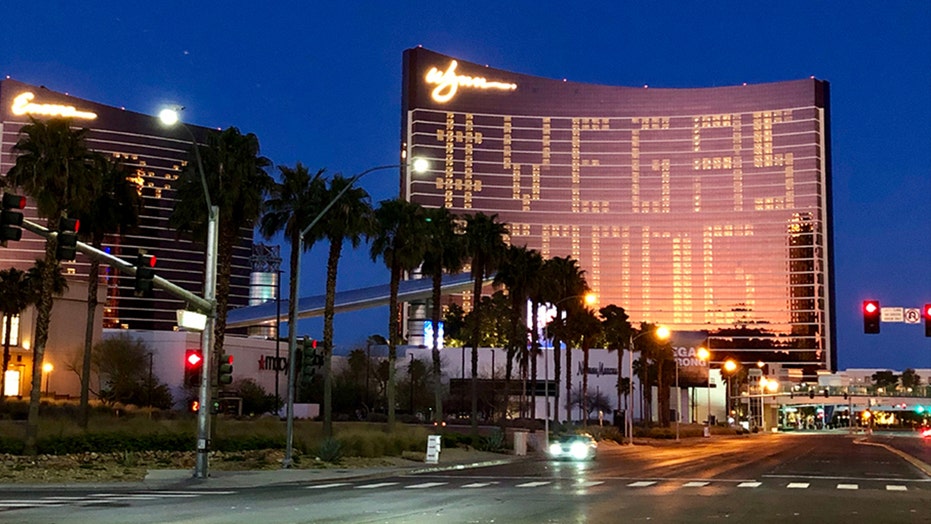 Like much of the country, Nevada has all but shut down with the bright lights of the Las Vegas Strip going dark amid efforts to slow the spread of COVID-19. But unlike other parts of the nation, no other state relies so heavily on tourism to drive its economy.

"The View" co-hosts roundly condemned Las Vegas Mayor Carolyn Goodman, but Joy Behar had more of a backhanded compliment for her on Thursday's show.

Their comments came after a testy CNN interview in which Goodman defended her push to reopen her city's economy during the coronavirus pandemic.

"Listen, I'm thinking there may be a role for her in the White House," Behar said. "She fits right in there. You better watch your back, Kellyanne Conway."

Behar added that "nobody loves a casino more than I do ... I'll tell you, I wouldn't set foot in the casino right now if they guaranteed me blackjack every hand."

Conway has received praise from many on the right, including President Trump, although others have suggested she's been dishonest during certain media appearances.

Perhaps most notably, the senior White House adviser caught flak for defending a false description of Trump's inauguration crowd size by claiming then-Press Secretary Sean Spicer cited "alternative facts"-- a term that, for Trump critics, has become synonymous with the way truth is handled under his administration. More recently, she made it seem as though the 19 in "COVID-19" was the 19th in a series of virus strands, rather than a way of identifying the year in which the disease emerged. "This is COVID-19, not COVID-1, folks," she said.

CNN anchor Anderson Cooper, who previously rolled his eyes at Conway during a televised interview, appeared visibly annoyed by Goodman Wednesday as they discussed her push for the city to reopen its businesses.

At one point, Cooper attempted to illustrate the coronavirus' danger by citing Chinese research on how the virus spreads.

"Oh, you are good. Anderson, you are tough," Goodman said mockingly. "We're back to China, this isn’t China. This is Las Vegas, Nevada."

"I've performed in Vegas for years ... this is the most insane thing I've ever heard," co-host Whoopi Goldberg said.

Co-host Meghan McCain said she was "flabbergasted" by Goodman's answers.

"She reminded me of like one of those teachers in middle school that you used to have that was such a jacka-- and like, trying to talk to Anderson Cooper in this really like reductive way," she said.

"And Anderson Cooper, no matter what you think of him, he's one of the most famous journalists in the world ... he was asking her really legitimate questions," she added.

McCain also disputed the idea that it wasn't Goodman's job to decide how businesses opened.