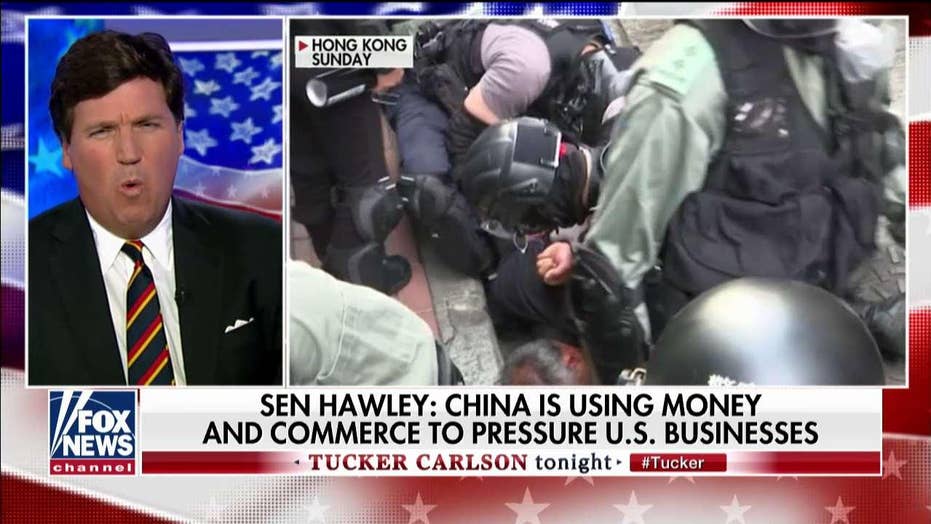 Sen. Hawley on China: We must take a stand

Sen. Josh Hawley, R-Mo., has a "news flash" for Lebron James, calling out the Lakers star in an interview Wednesday on "Tucker Carlson Tonight."

James caused seething outrage in Hong Kong after he said Houston Rockets general manager Daryl Morey was “misinformed” when he tweeted his support for the pro-democracy protesters. He later doubled down in a series of tweets, again saying Morey's decision to tweet the message on the eve of the NBA's exhibition trip to China was bad timing.

Hawley tweeted that James' stance on Hong Kong was unconscionable.

"Having just been in Hong Kong -- on the streets & with the protestors -- this kind of garbage is hard to take. LeBron, are YOU educated on 'the situation'? Why don't you go to Hong Kong? Why don't you meet the people there risking their lives for their most basic liberties," he wrote.

Adding: "This statement is unbelievable. 'So many people could have been harmed'? By Daryl Morey daring to express sympathy for democracy? News flash: People ARE being harmed -- shot, beaten, gassed -- right now in Hong Kong. By China. By the Communist Party the NBA is so eager to appease."

Appearing with host Tucker Carlson, Hawley said that during his just-completed trip to Hong Kong he realized the scale -- in size and importance -- of how big these protests are and that the United States must take a stand.

The five months of protests were sparked in reaction to a contested extradition bill, and have turned into a sustained anti-government, anti-police and anti-China movement.

Since then, the widespread use of tear gas by riot-control squads and 2,600 arrests have triggered public disgust with the 30,000-strong police force, once considered among Asia's finest.

"Think about this," he told Carlson. "For one of their earlier protests -- this is a city of seven and a half million people -- two million people in the streets. This is a protest movement that spans class divides."

"The people of Hong Kong are united here in standing up to communist China, standing up to Beijing. And they're just desperate to preserve their basic liberties," he said.

On Wednesday, leader Carrie Lam's annual address inside the Legislative Council was shouted down by pro-democracy lawmakers. In a subsequent news conference, Lam made clear that she would not resign and insisted there has been no erosion "whatsoever" of Hong Kong's freedoms.

"Hong Kong is still a very free society," she said.

Hawley, however, says Lam is no more than a "Beijing puppet" running a "police state." 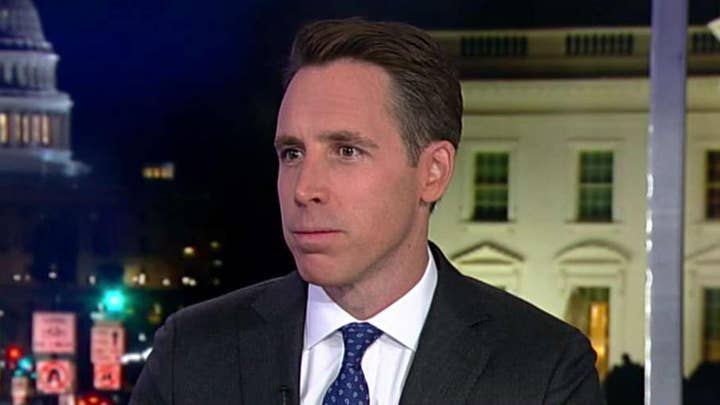 "I think most people don't understand how urgent the situation is in Hong Kong. They don't realize that Beijing is escalating," he explained.

"If they could shut us out of Asia, they would absolutely do it. And, that's their goal."