Chief Justice John Roberts sided with liberal justices as the Supreme Court struck down a Louisiana law requiring doctors performing abortions to have admitting privileges at a nearby hospital; reaction from Louisiana Sen. John Kennedy, Republican member of the Senate Judiciary Committee.

Sen. John Kennedy, R-La., blasted Supreme Court Chief Justice John Roberts Monday after the court struck down a Louisiana law requiring individuals who perform abortions at clinics to have admitting privileges at a nearby hospital.

"This is why so many people think that our federal courts, our federal judges, have become nothing but politicians in robes," added Kennedy, a member of the Senate Judiciary Committee.

Kennedy also slammed House Speaker Nancy Pelosi, D-Calif., as "immature" and "sophomoric" Monday for implying that President Trump has been blackmailed by the Russian government.

"You know, you can only be young once, but you can always be immature," Kennedy told "The Story." "The speaker has made a number of sophomoric observations like that, and I think we just have to ignore her."

MCENANY: PELOSI 'PLAYING POLITICS' WITH FALSE REPORTING ON RUSSIAN BOUNTIES FOR US TROOPS 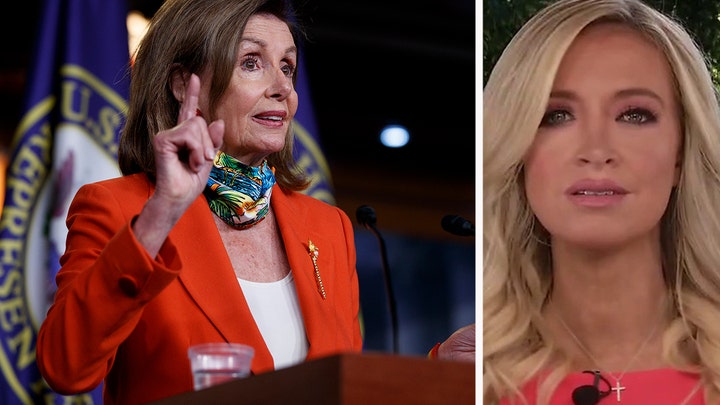 On Sunday, Pelosi responded to a New York Times report that Moscow had offered bounties to Taliban-linked militants to kill American troops in Afghanistan by telling ABC's "This Week" that she did not know "what the Russians have on the president politically, personally, financially or whatever it is."

"This is as bad as it gets," she added. "And yet the president will not confront the Russians on this score."

Kennedy said he was skeptical of the Times report, telling MacCallum that "we have no indication, no evidence that the story is accurate."