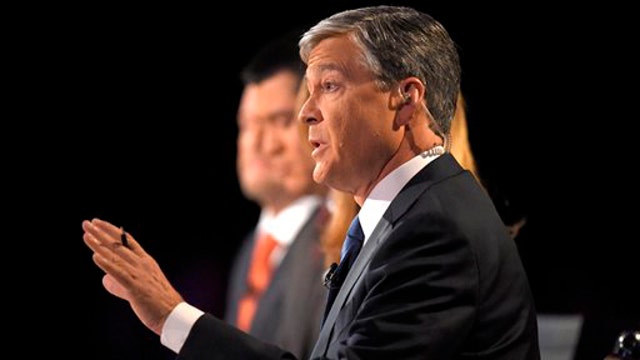 CNN’s new White House correspondent John Harwood has a history of bashing Republicans, and was part of the reason the Republican National Committee suspended its debate partnership with NBC News during the last presidential election.

“This is my first day at CNN as White House Correspondent,” Harwood announced on Twitter. “Honored and proud to join a team of journalists I’ve admired for so long.”

CNN confirmed the announcement and Harwood will now work with the network's chief White House correspondent Jim Acosta, who has emerged as a hero of the anti-Trump media for his combative approach to questioning the president.

Media Research Center executive editor Tim Graham blasted CNN -- which claims to be a nonpartisan news organization -- for the decision to hire Harwood.

"You hire John Harwood because Jim Acosta is somehow just not partisan enough. Harwood is the most infamously imbalanced debate moderator of the Trump era, so naturally CNN reaches out to put him at the White House,” Graham told Fox News. “It will give them even more reason to complain irrationally that there aren't 'formal' press briefings where the CNN crew can all yell hateful things at the press secretary."

Graham added, "Harwood's Twitter account is a brilliant demonstration of how reporters destroy their own reputations by Owning the Cons in Dorsey-town."

Back in 2018, NewsBusters contributing writer P.J. Gladnick wrote that Harwood has “a well-known antipathy towards Republicans and President Donald Trump.”

Harwood, who was previously CNBC editor-at-large, recently came under fire for claiming that journalists have a hard time because the Republican Party is “fundamentally broken” but it’s difficult for mainstream media to report on it.

"In an unceasing effort to be seen as neutral, journalists, time after time, fell into the trap of presenting facts and lies as roughly equivalent and then blaming political tribalism for not seeming to know the difference," Sullivan said, according to Stelter.

Harwood called it a “good description of the challenge for journalism” before taking a shot at the GOP.

“Hard for reporters to say plainly that the Republican Party, at this point in our history, is fundamentally broken… but it is,” Hardwood wrote.

Harwood was also famously slammed by the Republican National Committee back in 2015 for his performance moderating CNBC’s GOP debate. At the time, Harwood was blasted for asking Donald Trump whether he was running a "comic book" campaign, and asking Mike Huckabee if he thought Trump had “the moral authority” to be president -- a question Trump called "nasty."

The RNC was so displeased with Harwood and his fellow moderators that it suspended its debate partnership with NBC News following the widely panned event.

"We simply cannot continue with NBC without full consultation with our campaigns," then-RNC Chairman Reince Priebus wrote at the time, noting that Harwood and other moderators “engaged in a series of 'gotcha' questions” that were “designed to embarrass” Republican presidential hopefuls.

Trump declared following the debate that Harwood was “finished” as a credible reporter and a "disgrace."