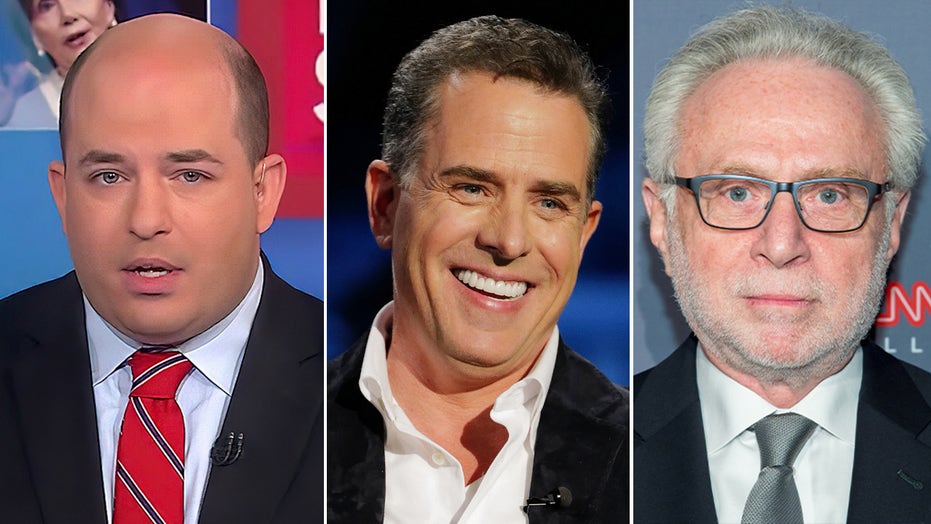 During the final legs of President Biden’s campaign, liberal media outlets parroted the unsubstantiated claim that Hunter Biden’s laptop was part of a campaign by Russia to discredit the current president with false information.

Podcast giant Joe Rogan took aim at the media's suppression of the Hunter Biden laptop story during the 2020 presidential election.

"They set a precedent and that precedent is you can stifle information that makes you uncomfortable, you can stifle discussions where people have points of view that you don't agree with. And you think you're right. So you think you should be able to stop those points of view. That is not the way to do it," Rogan said. "It's never been the way to do it. It's a dangerous precedent to set because then when more power is acquired by whoever, whether it's social media companies or the government or whoever the f--- it is, they get to establish narrative and that narrative might not be honest. That's a real problem. And the only way to find out what's real and what's not real, is to let people talk."

Rogan later continued, "You have to f---ing talk about things. You have to have open communication. And the only way you find out if someone's full of s--- or if someone's lying or someone's withholding information is to let people talk and let people sort things through. The truth is messy. There's a lot going on in the world. And you can't stifle information and debate. It's not healthy for anybody. And you can't do it just because you think your side is correct. It's not good. It's not, it's not what's amazing about a free society. And you can't decide that there's certain ugly aspects of this society that you think should be suppressed. Because when you do that, then people can decide your aspect of society is ugly, your perspective is ugly."

The comedian-turned-podcast icon warned that if a "hardcore Putin-type leader" ever became the U.S. president, there could be a crackdown of "legitimate journalists that are exposing corruption," which he then turned to the suppression of the New York Post's bombshell reporting of Hunter Biden's laptop in the final weeks of the 2020 election.

"And this is the problem that I had with, like, the New York Post article on the Biden- the Hunter Biden laptop being suppressed," Rogan said. "It's not that I'm a Trump supporter. I'm not I didn't vote for him. I didn't vote for any Republican ever in my life. But you're looking at something that's real information, and you're hiding it from people because you don't like the result that you think is going to come out of that information. That's not- that's not how we're supposed to be doing things."

The New York Times on Wednesday subtly confirmed the Hunter Biden laptop story that was largely written off by mainstream news outlets as disinformation when the New York Post first reported it ahead of the 2020 presidential election and media watchdogs want to see the organizations that initially dismissed it correct their reporting.  (Getty images  |  New York Post)

The Hunter Biden laptop story was revived last week when The New York Times quietly verified that emails first published by the New York Post in 2020 were authenticated.

This was after members of the legacy media either ignored the story altogether, dismissed it as a right-wing conspiracy or suggested it was the product of a "Russian disinformation" campaign.

Big Tech giants like Twitter and Facebook even went to great lengths to suppress the sharing of the Post's report on their platforms, citing policies that don't allow the distribution of hacked material, which was never credibly alleged.

Despite the recent developments, the liberal networks completely ignored the Times' latest reporting on Hunter Biden. The Washington Post published a piece defending the media's suppression of the scandal in 2020.