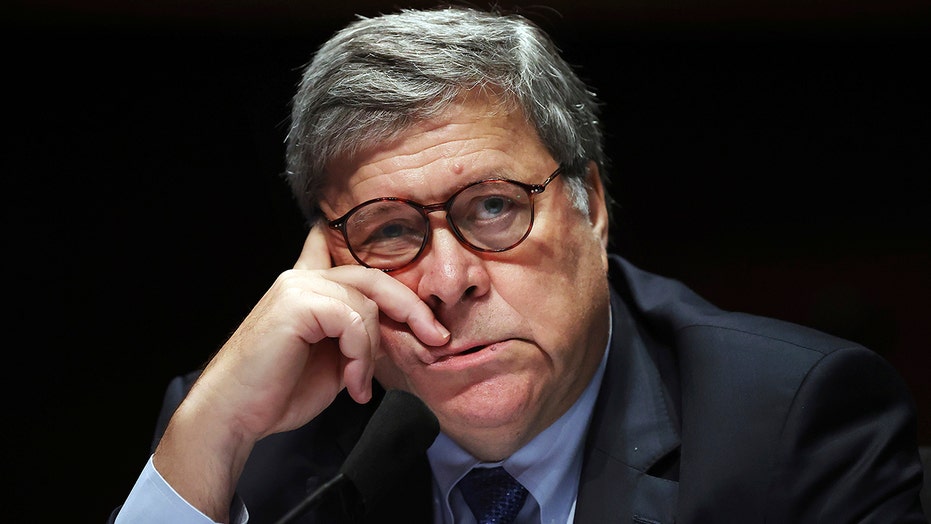 Concha: Media, Democrats denying violence in US cities to take the opposite position as Trump

Media reporter for The Hill Joe Concha breaks down how the media covered the combative House hearing with Attorney General Bill Barr on U.S. violence.

The coverage of Attorney General William Barr's Tuesday hearing before the House Judiciary Committee further proved that biased actors in the mainstream media are mirroring the attitude and actions of anti-Trump Democratic lawmakers, The Hill's Joe Concha said Wednesday.

In an interview on "Fox & Friends," the media reporter agreed that Barr seemed like a "bystander" during portions of the hearing due to Democrats' aggressive demeanor.

"And look, the coverage is much like the way Democrats treated Barr, which is to take the exact opposite position of the president in terms of the protests, for instance, right?" he asked.

Concha said that the liberal media is trying to cover for Democrats amid nationwide demonstrations, noting that "Bill Barr was right" to point out that they "are violent."

According to the New York Post, rioters in New York City have caused nearly $1 million in damages to New York Police Department (NYPD) vehicles since George Floyd's death inspired hundreds of thousands to take to the streets.

"They are being called ‘largely peaceful’ or ‘mostly peaceful,'" Concha said.

"At one point, ABC News had a tweet -- this was really remarkable: ‘Protesters in California set fire to a courthouse, damaged a police station, assaulted officers after a peaceful demonstration intensified,'" he read. "Whoever wrote that tweet -- and that went to 15.7 million people on the ABC News account by the way -- will need a chiropractor [from] twisting and turning, in terms of the way they are putting this together at this point."

Concha told host Steve Doocy that, for the most part, Americans are "seeing violence on our screens every night" and that "the pictures tell the whole story" as Democrats "deny it to Bill Barr's face."

He believes violence and Antifa involvement "should be the number one news story right now" instead of a "bias of omission."

"It is dangerous because we are in a very divisive, violent time right now in this country's history," Concha said. "And, the media is doing no favors in terms of pushing back on these lawmakers who are making these absolutely ludicrous claims."