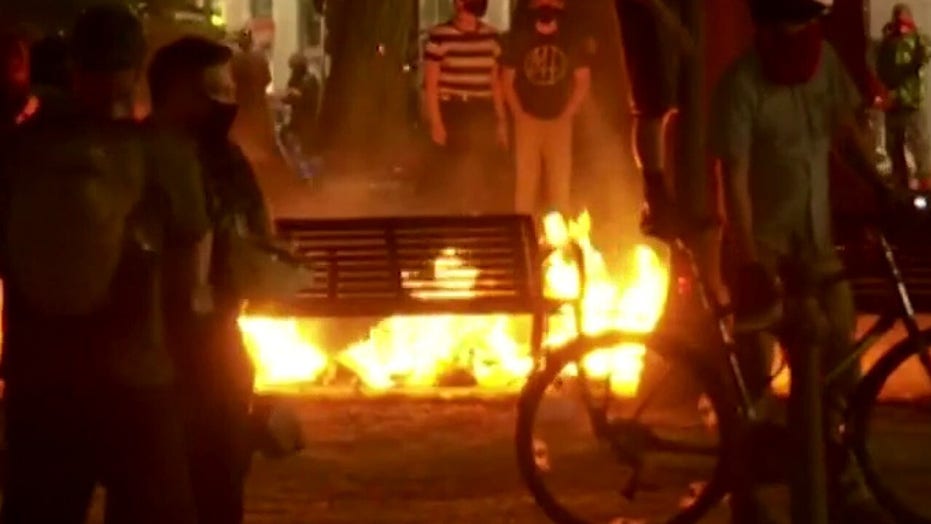 ABC News was mocked on Sunday for describing an California protest that featured demonstrators setting fire to a courthouse, vandalizing a police station and shooting fireworks at police officers, as “peaceful.”

Much of the mainstream media and the left have sought to paint sometimes violent protests across the nation as "mostly peaceful" demonstrations in recent weeks. The ABC News tweet linked to an Associated Press story that mentioned the violence in the opening paragraph.

“A protest through the streets of downtown Oakland, California, in support of racial justice and police reform turned violent when ‘agitators’ among the demonstrators set fire to a courthouse, vandalized a police station and shot fireworks at officers, authorities said,” the AP wrote.

Hundreds of protesters marched through downtown Oakland, smashing windows of the city’s police headquarters and setting a fire inside the Alameda County courthouse, according to reports. Similar protests and violent demonstrations have been seen across the country following the death in May of George Floyd, a Black Minneapolis man who died while in police custody.

ABC News’ description of the event sparked outrage on social media, as the Disney-owned news operation appeared to downplay the violence.

“A tweet for the ages, and sums up the state of the media in our country,” the Reagan Battalion wrote.

Texas Republican Rep. Dan Crenshaw wasn’t even sure if the message was intended to be parody, while others made jokes. Babylon Bee editor Seth Dillon wrote, “Violence is now defined as ‘intensified peace.’”