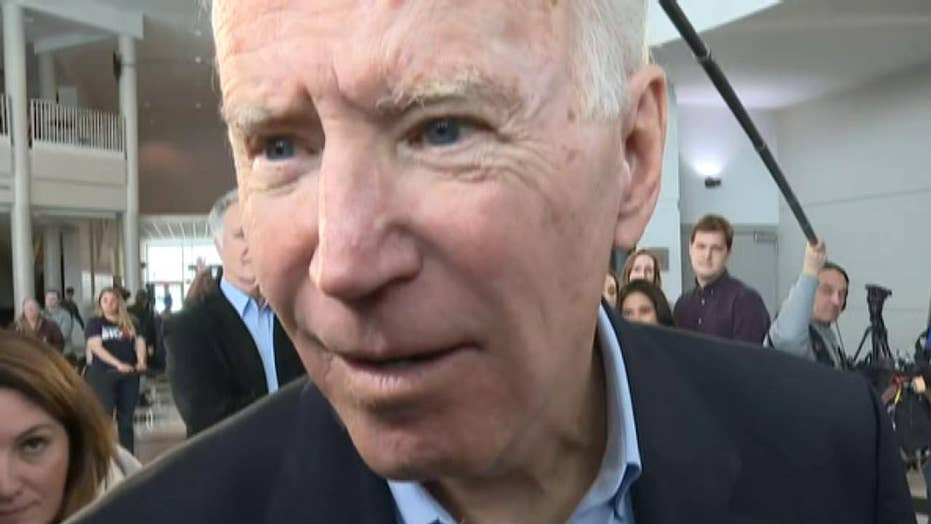 Guthrie asked Biden if he’s noticed the “irony” that President Trump has been accused of trying to get information about Hunter Biden’s business dealings with Ukraine, which ultimately resulted in his impeachment. Guthrie pointed out that the impeachment process has put a spotlight on Biden’s son.

“That’s a good thing and no one’s found anything wrong with his dealings with Ukraine except, that say it’s a bad image,” Biden said.

“Do you agree that it sets a bad image?” Guthrie asked.

Guthrie then asked Biden if he feels it was wrong for Hunter to take that position “knowing that it was really” because the company wanted access to the 2020 presidential hopeful.

“Well, that’s not true. You’re saying things you do not know what you’re talking about,” Biden snapped back. “No one said that. Who said that?”

Guthrie tried to respond and Biden interrupted to repeat his question, “Who said that?”

Many have pointed out that Hunter obtained an extremely lucrative board role at Burisma despite having no relevant experience and recently getting kicked out of the Navy for cocaine possession -- giving the appearance that he was selling influence to his father, who was overseeing Ukraine policy at the time as vice president.

Guthrie pointed out that many people feel it is “sleazy” and that Hunter wouldn’t have landed the job without nepotism.

Biden has been scolding critics and media members on a regular basis leading up to the Iowa Caucuses. Last week he came under fire after a video surfaced of him telling a man in Iowa to “go vote for someone else” when the man challenged him on his energy policies in the Hawkeye State.

Back in November Biden tangled with Fox News’ Peter Doocy when faced with a question about his son.

Fox News’ Gregg Re and Adam Shaw contributed to this report.