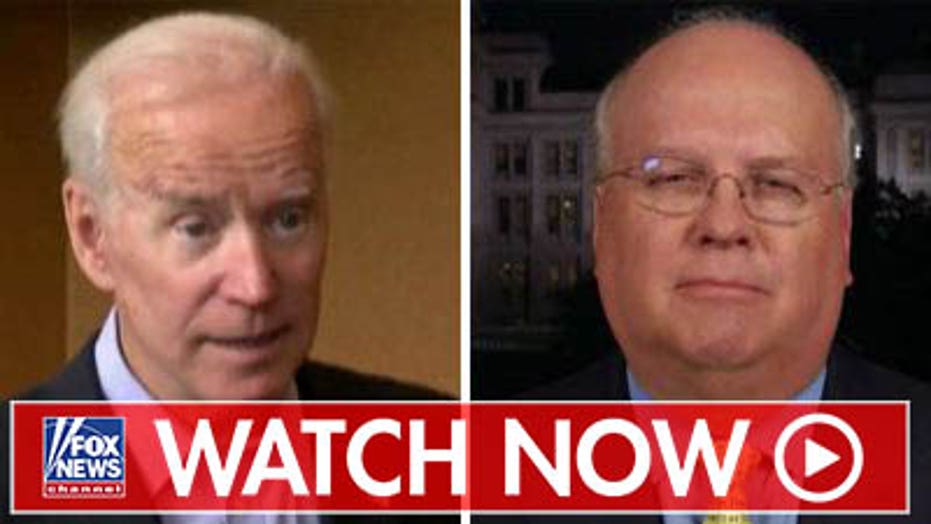 Former Vice President Joe Biden's presidential candidacy is likely a source of tension among Democrats, according to Karl Rove.

Biden, though the front-runner, was never seen as the perfect potential nominee, Rove claimed Tuesday on "Hannity."

"There's a tension inside the Democratic Party," he said.

"Nobody went into this race thinking Joe Biden was the perfect candidate -- he already ran for president a couple of times and fell flat on his face. 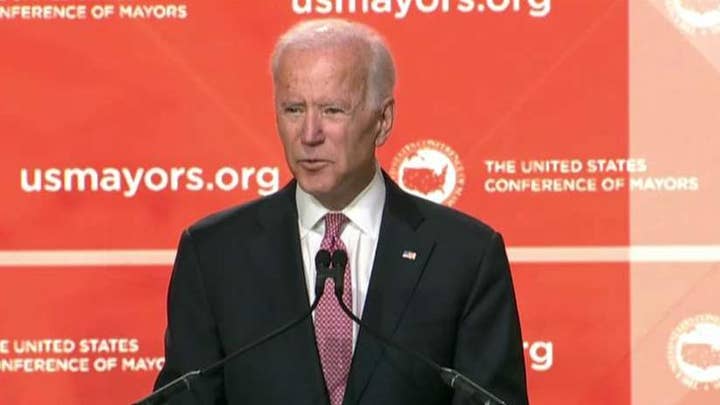 "The tension inside the Democratic Party is, 'we think he's the most electable -- he's not as liberal and as far out as some of these other candidates, but he is a little goofy.'"

The former adviser to ex-President George W. Bush said many Democrats are grappling with whether to put electability above ideology.

He said candidates like Sens. Bernie Sanders, I-Vt., Elizabeth Warren, D-Mass., and Kamala Harris, D-Calif., "sing" to the "hearts" of Democrats in that regard.

Outside of the three senators, Biden and former Rep. Beto O'Rourke, D-Texas, the rest of the field are mostly, "vanity candidates."

However, he said two such candidates, California billionaire Tom Steyer and New York City Mayor Bill de Blasio, may be well served to stay on the trail.

Rove remarked that while de Blasio is canvassing early primary and caucus states, he is not "inflicting his policies" on the City of New York, while Steyer's announced hope of impeaching President Trump may get the other candidates on the record about such a move.