Democratic presidential candidate Joe Biden's suggestion that coal miners should "learn to program" as the United States transitions away from fossil fuels shows "disdain" for the profession, a representative of West Virginia miners said Wednesday on "Fox & Friends."

Chris Hamilton, co-chair of the West Virginia Coal Forum, hit back at the former vice president for essentially saying coal miners should learn to code or focus on preparing for a revamped green economy.

Hamilton said the attitude from Biden and others on the left regarding coal is "inconceivable" but nothing new, given the Obama administration's moves against the industry.

"It's just inconceivable how someone, particularly in his position could advocate putting tens of thousands of working Americans out of work. But it comes as no surprise. Former Vice President Biden has repeatedly demonstrated his disdain for mining and for our coal miners," he responded.

The remark came after Biden said at last month's Democratic presidential primary debate that he’d sacrifice economic growth due to a boom in oil and natural gas production and potentially risk displacing hundreds of thousands of blue-collar workers in order to combat climate change. 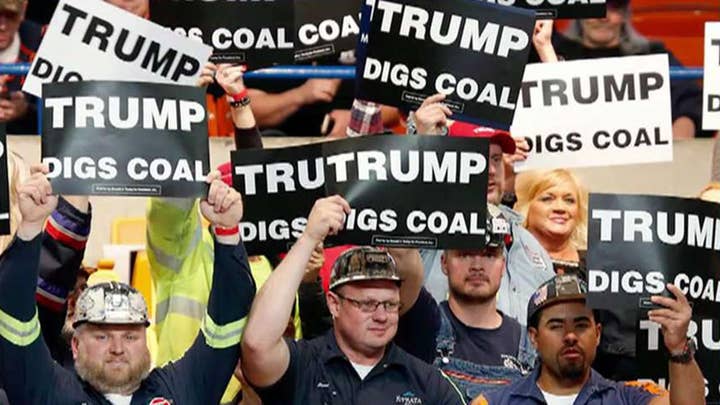 Biden – the front-runner in national polling in the Democratic nomination race – emphasized that “the opportunity for those workers to transition to high-paying jobs ... is real.”

But he insisted that “we have to make sure we explain it to those people who are displaced that their skills are going to be needed for the new opportunities."

Hamilton said Biden has been consistent in the issue since his 2020 campaign launched and will not help him win back any support in West Virginia, where Hillary Clinton was defeated by President Trump in 2016 by more than 40 points.

"Listen, these coal miners absolutely love what they do and they recognize the importance and value. It's a very honorable profession. Our miners are very highly skilled at what they do. They do it with great pride and sophistication and they're technologically advanced so, Vice President Biden is correct in that regard," said Hamilton.