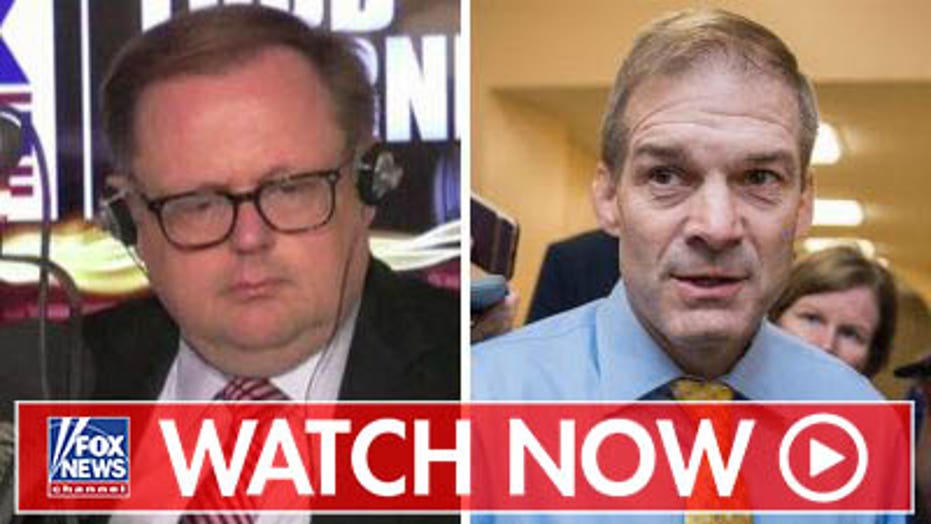 The Justice Department inspector general's report shows ex-FBI Director James Comey is to blame for the country having to deal with Special Counsel Robert Mueller's investigation, according to Rep. Jim Jordan, R-Ohio.

Comey also proved there are two sets of rules -- one for bureaucrats and one for the American people, Jordan claimed Thursday on Fox News Radio's "The Todd Starnes Show."

"Comey broke the rules, plain and simple," the lawmaker said. "It sort of gets to this thing we've talked about before -- Americans are so sick of the double standard -- one set of rules for you and I, Todd, and the folks I get the privilege of representing -- but a different set if your name is Clinton, Comey, Lerner, Lynch, then you get a different set of rules."

"James Comey and his cabal at the top of the FBI... had this extreme bias against the president," Jordan added.

"This cabal went after the president of the United States and Jim Comey had these memos -- these official records -- that he leaked to a friend. And what was his goal? His goal was to create a special counsel. He put the country through three years of this.

"It was Jim Comey who got the special counsel done," Jordan said. "That was his stated goal."

Jordan added that the Comey memos read like a "Comey Dossier" -- in reference to the unverified Trump-Russia dossier compiled by ex-MI6 agent Christopher Steele.

"This is as bad as it gets, I think," he said. "These memos that Comey had, one of our staff told me that this is like the Comey Dossier that he put together... they were all designed to go after the president."

For his part, Comey responded by insisting that he is not a "liar and a leaker,” and said an apology from his critics “would be nice."